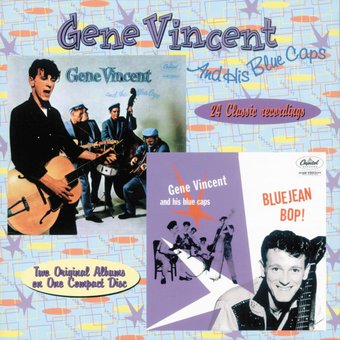 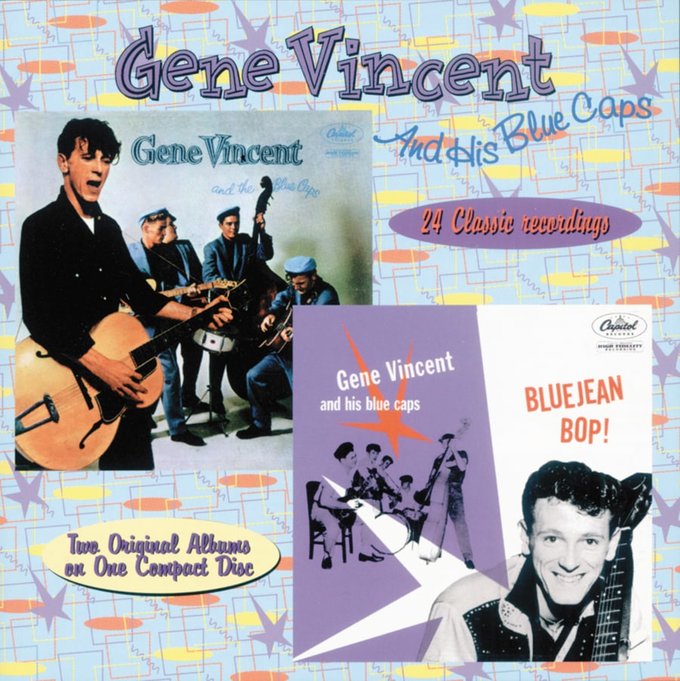 There was much more to Gene Vincent than his still popular "Be-Bop-A-Lula". Vincent influenced many U.S. rockers plus many abroad, Signed to Capitol records in 1956(who hoped his success would rival Elvis's), Gene and his back-up group The Blue Caps, soon hit the charts with songs like "Be-Bop-A-Lula", "Race With The Devil" and "Bluejean Bop". This disc includes those hits plus all the other songs from his first two Capitol LPs.

2 LPS on 1 CD: BLUEJEAN BOP!(1956)/GENE VINCENT & THE BLUE CAPS(1957).
Includes liner notes by Mark Marymont.
Liner Note Author: Mark Marymont.
In May 1956, the two-and-a-half minutes of 'Be Bop A Lula' marked the astonishing recording debut of Gene Vincent, and the following month Gene was back in Owen Bradley's studio in Nashville for his first album, Bluejean Bop. Producer Ken Nelson flipped the echo switch to maximum and created a space-age sound for 'Who Slapped John?', in particular. Gene's voice was softer than most rock 'n' rollers and his tender versions of 'Ain't She Sweet?' and 'Up A Lazy River' display an inkling to become an all-round entertainer. His country roots are covered in 'Waltz Of The Wind' but it is the extraordinary rock 'n' roll numbers such as 'Bluejean Bop' and 'Bop Street' (don't be fooled by the slow start!) that make the album so remarkable and created a guitar hero out of Cliff Gallup. Gene Vincent rocks, the Bluecaps roll and the result is uninhibited magic.

Hot
The Songs That Got Them Started: 40 Songs the Beatles...
$7.98 Super Savings
Add to Cart