The Astronauts Down The Line / Travelin' Men 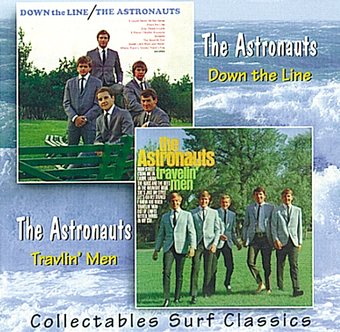 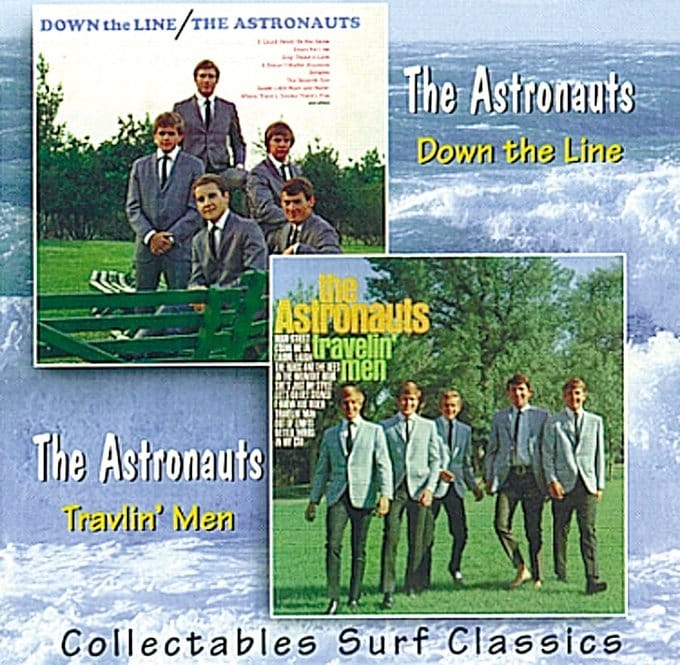 A duo of classic Instrumental albums from the sixties featuring 24 tracks by the Astronauts. Includes adaptations of Beau Brummel, Wilson Pickett and Roy Orbison hits, among many others.

Contains 2 LPs on 1 CD: DOWN THE LINE (1966)/TRAVELIN' MAN (1967).
The Astronauts: Rich Fifield (vocals, guitar); Stormy Patterson (vocals, bass); Bob Demmon (guitar, trumpet, piano); Dennis Lindsey (guitar); Jim Gallagher (drums).
Adapter: Bob Demmon.
Arranger: Leon Russell.
Collectables' Down the Line / Travelin' Men compiles two different latter-day albums from the Astronauts on one disc. The first, Down the Line, is a driving, straight-ahead rock & roll album containing tough versions of rock & roll classics like "Memphis, Tennessee," "The Seventh Son," "Walking the Dog," "Sweet Little Rock and Roller," "Down the Line" and "It Doesn't Matter Anymore." Travelin' Men is quite similar stylistically, except that it concentrates on pop and R&B instead of rock & roll, with songs like "She's Just My Style," "In the Midnight Hour," "The Birds and the Bees," "Laugh, Laugh," "Count Me In," "I Know You Rider," "Travelin' Man" and "Out of Limits." Both are solid, workmanlike rock & roll records that may not be exceptional but are of interest to hardcore surf and garage rock collectors. ~ Stephen Thomas Erlewine

18%off
The Astronauts
Competition Coupe / Astronauts Orbit Kampus
$13.98 on Sale
Add to Cart
(2)

The Astronauts
Everything Is A-OK! / Astronauts Orbit Campus
$17.50 Super Savings
Add to Cart

The Astronauts
It's All Done By Mirrors
$29.20
Add to Cart

The Astronauts
Down the Line
$13.30
Add to Cart