Jeanette MacDonald portrays Nina Maria, who sings, dances and spies for Spain during the Napoleonic Wars. 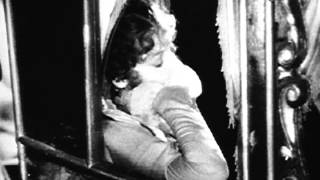 Jeanette MacDonald portrays Nina Maria, who sings, dances and spies for Spain during the Napoleonic Wars. Early in the story, Nina is eager to discourage an amorous French officer, so she feigns interest in Don Diego (Allan Jones). Now, she has a bigger problem -- discouraging Don Diego, who is actually a French counterspy. His mission: shadow Nina Maria!

Rudolf Friml's 1912 work provides the basis for this memorable musical that keeps some original songs (including "Giannina Mia"), revises others and introduces a now-classic charmer: "The Donkey Serenade" (engagingly set to the clip-clop of a mule-drawn coach), which became Jones' signature song throughout his career.

A Spanish singer-turned-spy falls for the man who is secretly spying on her.
This product is made-on-demand by the manufacturer using DVD-R recordable media. Almost all DVD players can play DVD-Rs (except for some older models made before 2000) - please consult your owner's manual for formats compatible with your player. These DVD-Rs may not play on all computers or DVD player/recorders. To address this, the manufacturer recommends viewing this product on a DVD player that does not have recording capability.