Get email alerts for Lee Fields
22 ratings
Available: Usually ships in 3-5 business days
Only 10 copies left
Add to Cart
Add to Wishlist
Format:  Vinyl LP
item number:  66FC4
Related products:
Durand Jones & the Indications / Durand Jones: Durand Jones & The Indications for $17.10
Lee Fields: It Rains Love / Will I Get Off Easy for $18.80
Our customers love us! 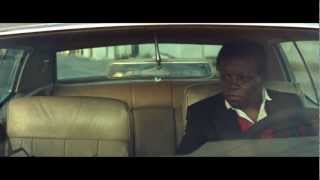 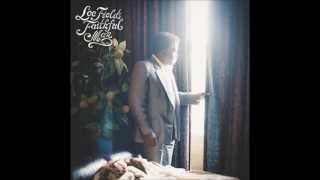 Lee Fields It's All Over(But The Crying) (Music Video)

The follow-up to Lee Fields' instant classic album My World. From the producers of Aloe Blacc's international hit I Need A Dollar.

Think they don't make soul records like they used to? Daptone has proven otherwise, but that label isn't the only retro-soul outfit in town. Perhaps the success of Sharon Jones has made it possible for other old-school soul singers to ply their more organic trade without trying to sound contemporary by adding hip-hop or synths to appeal to a younger audience. Lee Fields is one, and even though he has recorded a few singles for Daptone, his association with Brooklyn's Truth & Soul imprint resulted in 2009's terrific My World release followed by this one that's arguably even better. While his early material was heavily funk influenced, Fields has since shifted into an alternately gruff and tender world-weary soul belter/crooner; think more Wilson Pickett than James Brown, although there is a bit of JB's rasp in his seismic singing. A full band with occasional strings, horns, and intricate arrangements that split the difference between the grit of Stax and the more sophisticated R&B of Philadelphia International, and backing vocals, make this music seem like it was recorded in the '60s, not 2012. That's a very good thing indeed, and once the opening salvo of the title track explodes out of the speakers, anyone even vaguely interested in rootsy soul will be hooked for the next 40 minutes. Fields is in amazing form throughout; pleading, begging, and generally testifying with the passion of a musician who has never lost touch with his church beginnings. Songs such as "You're the Kind of Girl" and "Wish You Were Here" turn up the heat while focusing on choruses you'll be singing after the first spin. There's no place for this on the commercial airwaves of 2012, but if these same songs were waxed in the '60s when Aretha, Motown, Sam & Dave, and Otis Redding were staples of Top 40, Fields would have been a major star. He transforms the Stones' Sticky Fingers closer "Moonlight Mile" into the soul ballad that was lurking just underneath its surface. Most of the rest of the material is original and revolves around what becomes of the brokenhearted. Titles like "Walk on Thru That Door," "Still Hanging On," and "Who Do You Love" express loss and regret, perfectly articulated in Fields' expressive voice. Everything from the production, arrangements, and songwriting is synched to yield a soul gem whose retro roots prove that themes of those disillusioned with love remain timeless, as does music like this that so perfectly conveys them. ~ Hal Horowitz