He hammered out the savage tempo of the jazz era! 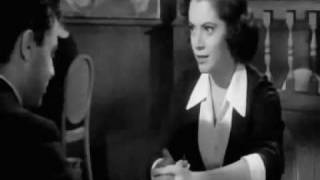 Sal Mineo steals the screen with his acclaimed portrayal of one of the greatest jazz drummers of all time in this realistic bio-pic. Defying the wishes of his parents, the young Krupa sets out for New York in search of fame and fortune with his musician buddy, Eddie (James Darren), and his small-town sweetheart, Ethel (Susan Kohner). After Krupa's incredible talents are discovered, his rocketing career leaves little time for Ethel. Now playing in the fast lane, the hard-hitting drummer falls for a sexy jazz singer, Dorissa (Susan Oliver), who introduces him to drugs. But after serving time in jail and losing true love Ethel, Krupa yearns for only one thing: a second chance at life and love. Newly remastered.

Sal Mineo stars as the gifted drummer who, as a young man, sets out for New York with his best friend (James Darren) and and his girlfriend, Ethel (Susan Kohner), to make it as a professional musician. Krupa quickly makes inroads and finds himself in the fast lane, where he begins a relationship with a jazz singer (Susan Oliver) who introduces him to the world of narcotics. Before long, he finds himself in jail. Upon his release, he transforms the sound of jazz percussion forever.