JazzTimes: "The vocal tracks here are what his fans have come to expect: groove-filled ballads with soulful, heartfelt lyrics and singing." 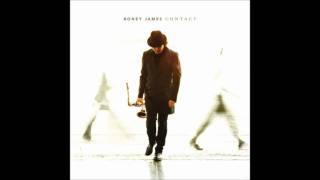 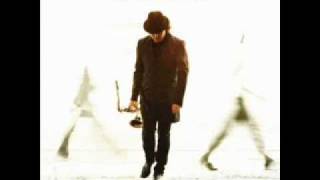 JazzTimes - p.64
"The vocal tracks here are what his fans have come to expect: groove-filled ballads with soulful, heartfelt lyrics and singing."

Recording information: Candyman Studios, Atlanta, GA; Chicago Recording Company, Chicago, IL; Circle House, Miami, FL; Schnee Recording Studios, North Hollywood, CA; Sunset Sound, Hollywood, CA; The Backyard, Los Angeles, CA.
Photographer: Harper Smith.
Boney James comes back from car accident injuries that jeopardized his embouchure and makes his label debut with Contact on Verve Forecast Records. But, really, it's just steady-as-she-goes musically, as the contemporary jazz saxophonist turns in a typical set of smooth, R&B-inflected instrumentals and light R&B songs with anonymous vocals. James remains a litmus test for critics and listeners. The more mainstream jazz aficionados complain about his practice of setting up rhythmic, highly synthesized soundscapes and soloing over them within a narrow, pleasant range for four or five minutes before the track fades out. To them, as has been said of Los Angeles, "there's no "there" there." Admittedly more casual listeners simply put James albums on and enjoy their Sunday brunches, without much worry about whether he is advancing the cause of jazz. Contact isn't going to change anybody's mind as it makes its way to the top of the Billboard Contemporary Jazz chart and a respectable showing on the R&B Albums chart. ~ William Ruhlmann