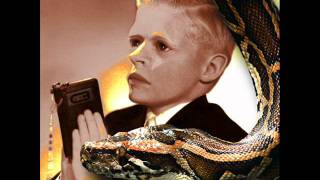 In case you haven't been paying attention, the Residents have been extremely prolific since the turn of the century with both new material and a serious reissue campaign. Coochie Brake really stands apart though, as it's the first release in memory where lead singer Randy doesn't appear at all. Oh, hadn't you heard? The Residents are Randy, Chuck, Bob, and Carlos (although Carlos has since left the group). Perhaps due to Randy's absence, the Residents call themselves "Sonidos de la Noche" for this release and Carlos is the main vocalist. What vocals there are are generally spoken or whispered and are almost entirely in Spanish.
Coochie Brake is a big swamp in the middle of Louisiana (go ahead, Google it), and apparently the teenaged pre-Residents spent a fair amount of time there before heading west. There are rumors of Spanish gold and tales of murder that are also part of the swamp's lore. All of this must have played in the minds of those teenagers as they camped in the swamp. The album Coochie Brake plays like the soundtrack to those creepy, imagination-filled nights. The sounds of the swamp are there: birds, insects, and who-knows-what. Some of these elements are integral to the music itself, not merely a background (headphone listening and a dark room will be rewarded). The ghosts of Spanish outlaws are there, too. The liner notes state that "The music of the Residents is filled with memories." The sound of the album is dark and wet. It's a whole world unto itself, punctuated at times by Bob's screaming guitar. Carlos' performance is very low key so the effect is that of being in the swamp as faint apparitions come and go. There are a few more driving numbers but it's mostly an uneasy calm. It's amazing that headed into their 40th anniversary (2012), the Residents continue to reinvent themselves and challenge listeners in ways that few bands would dare. There is no one like them. [The initial limited edition of 444 copies also contained a second disc called "Lying Horse Rock" that is marginally more concerned with the West-Kimbrell clan (go ahead, search for them). These tunes are just Chuck and Bob without Carlos, and the disc itself is rumored to be voodooed.] ~ Sean Westergaard