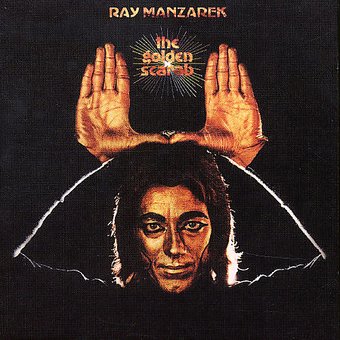 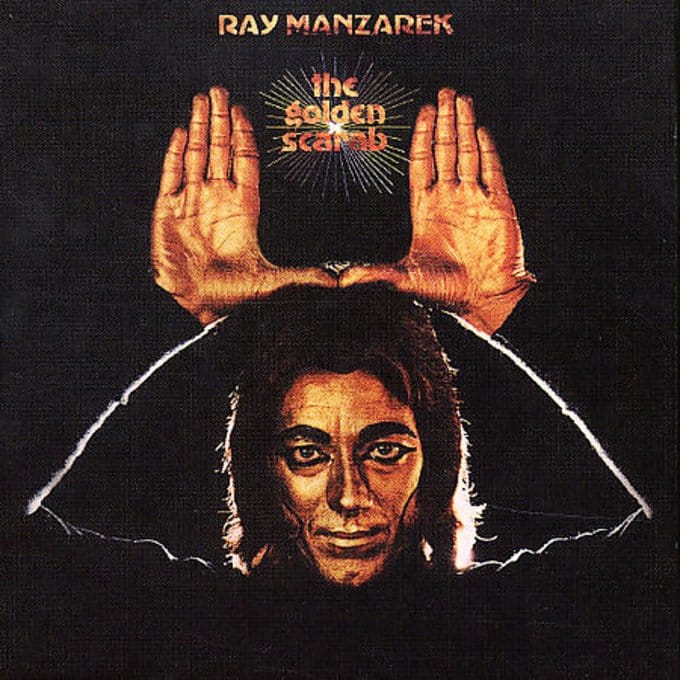 Personnel: Ray Manzarek (vocals, keyboards); Larry Carlton (guitar); Jerry Scheff (bass); Tony Williams (drums); Mailto Correa, Steve Forman, Milt Holland (percussion).
The 3 bonus tracks come from Manzarek's second solo album, "The Whole Thing Started With Rock & Roll Now It's Out Of Control."
THE GOLDEN SCARAB is a 1974 solo album by former Doors keyboardist Ray Manzarek.
Remaster.
Personnel: Ray Manzarek (vocals, piano, organ, synthesizer, kalimba); Larry Carlton (guitar); Ernie Watts (tenor saxophone); Oscar Brashear (trumpet); Tim Downs, Tony Williams (drums); Mailto Correa (congas, bongos, wood block); Milt Holland (cowbells, pandeiro).
Liner Note Author: Nina Antonia.
Recording information: Sunset Sound, Studio 2, Hollywood, CA.
Photographer: Suzanne Ayres.
More than Full Circle and Other Voices, The Golden Scarab is the best embodiment of the Doors by one of the three surviving members, and it is amazing it wasn't a huge underground smash. With mentions of moonlight drives, tightrope rides, and titles of past Doors tunes in "The Solar Boat," drummer Tony Williams, guitarist Larry Carlton, bassist Jerry Scheff, and producer Bruce Botnick generate an eerie sound behind the singer, creating a title track as mysterious and fun as anything by Morrison and company. With intense rhythms and tons of creativity, Ray Manzarek brings us on a musical journey as unique as The Phantom's Divine Comedy, and if Robbie Krieger brought the commercial element to the Doors' gravy train, it is clear here that the eldest of the quartet had more a hand in the development of the Doors persona than he may have been given credit for. One can't fault Krieger and John Densmore for stretching out with Butts Band, but there is a certain responsibility hit artists should have to their audience. The Bright Midnight releases finally address those concerns, but decades before the opening of the Doors tape vaults, that sound from L.A. Woman was most obvious on "The Purpose of Existence Is?" on this solo effort. Yes, Ray Manzarek veers off into his jazz leanings; given the players on this, how could he not? But he gives enough of a taste of past glories to make The Golden Scarab accessible, spoon feeding his musical styles to those who couldn't get enough of the music he was associated with. It's dramatic and cohesive, making more sense than Jim Morrison much of the time, with more controlled insanity. It is amazing that such a fine work as The Golden Scarab escaped the masses, and shameful that classic hits stations don't add this to their incessant repertoire. Had Jim Morrison lived, this is the path the music of the Doors should have taken. Smooth and demanding of repeated spins. ~ Joe Viglione