The Cars Door to Door

Get email alerts for The Cars
58 ratings
Currently Out of Stock: We'll get more as soon as possible
Notify Me When Available
Add to Wishlist
Format:  Vinyl LP
sku:  WZELE 607471
"WZ" coded vinyl LPs are in new and never-played condition, but are warehouse remainders. Most are sealed, however many have manufacturer's delete notch, drill hole, prior sale stickers and/or minor shelf wear. If you are not 100% satisfied with your purchase, our 30-Day Return Policy would apply.
Customers who purchased this item also bought these:
Triumph: Progressions Of Power (Vinyl LP) $2
Stryper: Together as One (Vinyl LP) $0.50
38 Special: Strength In Numbers (Vinyl LP) $1
The Alarm: Standard [UK Pressing] (Vinyl LP) $1.25
The Alarm: Change (Vinyl LP) $1
Roger Daltrey: Under a Raging Moon (Vinyl LP) $2.99
Girlschool: Take a Bite (Vinyl LP) $4.99
Utopia: Deface the Music (Vinyl LP) $1.99
The Cars: Panorama (Vinyl LP) $7.49
91% recommend us! 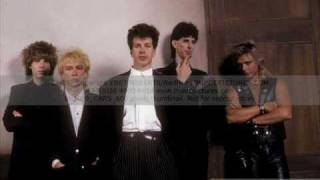 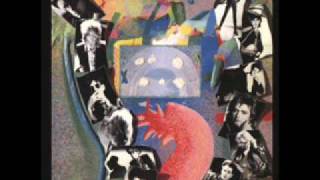 The Cars: Ric Ocasek (vocals, guitar); Ben Orr (vocals, bass); Elliot Easton (guitar, background vocals); Greg Hawkes (keyboards, background vocals); David Robinson (drums, percussion).
Recorded at Electric Lady Studios, New York, New York.
Coming off the 1984 mega-hit HEARTBEAT CITY, many expected that the Cars' follow-up would be another top ten hit that spawned several hit singles. While it did contain one official hit single ("You Are the Girl") and was certified gold, 1987's DOOR TO DOOR only managed to reach #26 on the album charts. But more significantly, it led to the band's break-up one year later. It may not the band's most inspired or consistent album, but it does contain several strong tracks that have been forgotten over time.
Perhaps as a sign that the band was trying to get back to basics, a pair of tracks that originally appeared on a 1977 demo for their first album were re-recorded for DOOR TO DOOR--"Leave Or Stay" and "Ta Ta Wayo Wayo." Also included was one of the band's hardest rocking compositions, the stomping title track, as well as the sullen "Strap Me In" and the upbeat pop of "You Are the Girl." Rumors of turmoil within the band swirled before the release of DOOR TO DOOR, and after completing a U.S. tour, Ric Ocasek told his bandmembers in early '88 that he was leaving the group, effectively ending one of the most popular bands of the '80s.