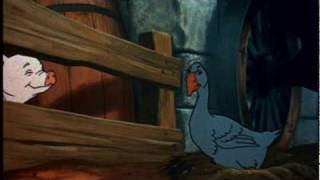 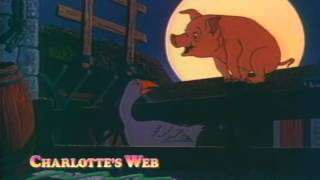 Produced by animation legends William Hanna and Joseph Barbera (THE FLINTSTONES, SCOOBY-DOO) this musical feature brings E.B. White's beloved children's novel to life with a wealth of famous voices. Friendly pig Wilbur (Henry Gibson, NASHVILLE) makes a big splash on the county fair circuit after Charlotte (Debbie Reynolds), the gentle spider living over his sty, "spins" his praises in her web. But Wilbur still has painful lessons to learn about the fleeting nature of life and friendship. Screenwriter Earl Hamner, Jr. created the beloved 1970's television series THE WALTONS.

This animated adaptation of E. B. White's classic children's book tells the story of a clever spider named Charlotte who befriends the piglet Wilbur. Although he has been raised as a young girl's pet, Wilbur is sold to a farmer who makes the oinker just another addition to his barn. The pig soon finds out that he -- like the other animals -- will eventually be killed for food. But Charlotte comes to Wilbur's aid by convincing the farmer that Wilbur is a very special pig...