Enemy of the State R

It's not paranoia if they're really after you. 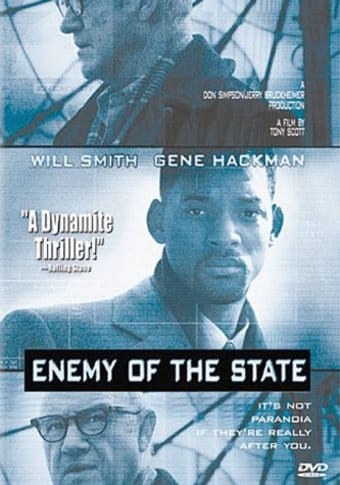 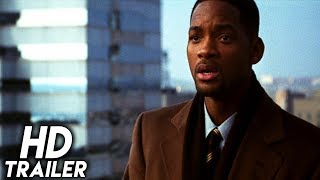 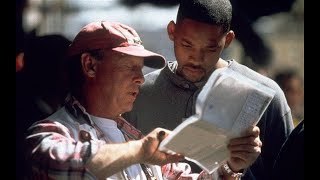 The Making of Enemy of the State (Featurette)

Robert Dean (Will Smith) is a labor lawyer who is unknowingly in possession of evidence related to a serious politically motivated crime. Government agents eager to hide their guilt believe that Dean is on to them, and proceed to turn his life upside-down, ruin his reputation, and frame him for various incidents, thanks to the latest in high-tech government surveillance techniques. In an attempt to clear his name and reclaim his life, Dean teams up with the reclusive Brill (Gene Hackman), a former federal employee who has as much high-tech equipment and expertise as the government itself. Hackman's role is an extension of Harry Caul, the character he portrayed in Francis Ford Coppola's brilliant 1974 film, THE CONVERSATION. Smith scores as a man who is desperate to reclaim his identity and prove his innocence. This intense technological thrill-ride from director Tony Scott questions how much access the government should have to the communications of private citizens, and leaves the viewer with the unsettling feeling that Big Brother is definitely watching. Watch for the uncredited appearances of Jason Robards, Seth Green, Tom Sizemore, and Philip Baker Hall.

In Tony Scott's ENEMY OF THE STATE, a lawyer unwittingly discovers evidence of a serious politically-motivated crime. Federal agents eager to cover up their crime proceed to turn his life upside-down and ruin his reputation, thanks to the latest in high-tech surveillance techniques. The film features various connections to Francis Ford Coppola's brilliant 1974 film, THE CONVERSATION.