Rolling Stone: 4.5 stars out of 5 -- "Tempos are at a kingsnake crawl and the sound is full of caresses, variations on the classy but louche cabaret tunes Cohen once dubbed the European blues." 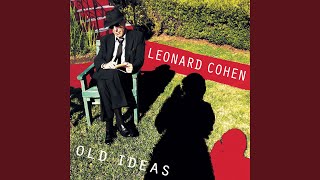 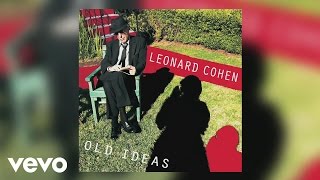 Rolling Stone - p.59
4.5 stars out of 5 -- "Tempos are at a kingsnake crawl and the sound is full of caresses, variations on the classy but louche cabaret tunes Cohen once dubbed the European blues."
Uncut - p.78
4 stars out of 5 -- "[A]n album that pores over the passing and the past with such defiant, deadpan nobility."
Billboard (p.44) - "The sparse production recalls Cohen's 1988 release, I'M YOUR MAN, by throwing the Canadian balladeer's ever-deepening voice and his mix of poetic flair and pitch-black humor into satisfyingly stark relief."
Paste (magazine) - "[T]he Montreal singer's newest collection is -- hands down -- his best studio album since I'M YOUR MAN came out in 1988."
Pitchfork (Website) - "OLD IDEAS is a spare, low-key album rooted in blues and gospel -- maybe the closest thing he's made to 'folk' music since the early 1970s."

On November 23, 2011, author, singer, and songwriter Leonard Cohen released "Show Me the Way" as a precursor to Old Ideas, his first album since 2004. Two more new songs, "Lullaby" and "Darkness," were showcased during his two-year world tour that lasted from early 2008 to last year. They are included on the new album, whose topics are deeply spiritual in nature and range from mortality to sexuality, loss, and acceptance. Old Ideas will be released on January 31, 2012. Its producers include his partner, singer/songwriter Anjani Thomas; his saxophonist, Dino Soldo; poet Ed Sanders; and Patrick Leonard.

Leonard Cohen
Thanks For The Dance
$12.10
Add to Cart