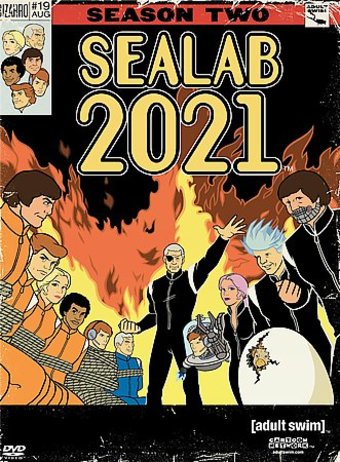 Originally airing on The Cartoon Network, SEALAB 2021 is an outlandish comedy that is set in a deeply twisted future. The crew of Sealab is sent underwater to investigate and determine whether or not underwater colonization is a realistic possibility. Along the way, they confront a series of sci-fi situations that will test their sanity. This release contains every episode from the show's second season.

Oh, what a difference a year makes. The crew of classic 1972 series Sealab 2020 has been replaced with a gang of misfits unfit for public service. Their mission: to investigate underwater colonization. They are doing a very bad job.