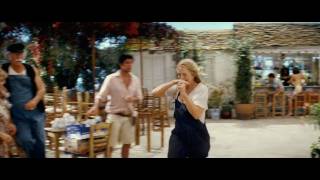 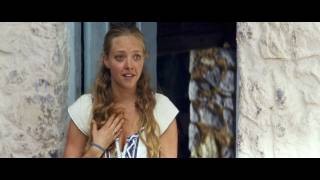 After its run as a West End hit in London, MAMMA MIA became a Broadway smash when it opened in New York back in 2001. With a story framed around the music of the Swedish pop band Abba, crowds loved its raucous, dance party vibe. Now it comes to the silver screen, with some truly delightful performances from the likes of Meryl Streep and Pierce Brosnan. It is the story of Sophie (Amanda Seyfried) a young woman living on a picturesque Greek island with her mother, Donna (Streep.) Together, Donna and Sophie run a ramshackle island inn, and they are in the midst of preparing for Sophie's wedding. As the wedding approaches, Sophie becomes troubled by the fact that she has never known her father. She was the result of one of her mother's summer flings, and her mother has never revealed her father's identity. When Sophie stumbles upon her mother's diary, she learns that there are three possible men who could be her dad. Without telling her mother, she invites all three to her wedding. When Harry (Colin Firth), Sam (Brosnan), and Bill (Stellan Skarsgard) all arrive at the same time, Donna is of course shocked and overwhelmed by seeing her old lovers again after such a long time. She turns to her two best friends, Tanya (Christine Baranaki) and Rosie (Julia Walters), for their support, and vows to just get through the wedding and weekend. Meanwhile, Sophie spends time with each man, determined to learn the truth.

Major hijinks and confusion ensues, all amidst the utterly romance scenery, and the rather irresistible, swelling love ballads. Streep has a lovely singing voice, and to watch her throw herself into this whimsical role is truly a delight. She looks like she is having a ball, and it is hard not to shimmy along with her. Baranski reliably delivers an over-the-top showstopper, and Brosnan's tender singing voice makes his character all the more touching. The film strives to be a jubilant celebration of mother/daughter relationships and the love between good friends, and no matter how cheesy some may find Abba, it is hard to resist its many charms.