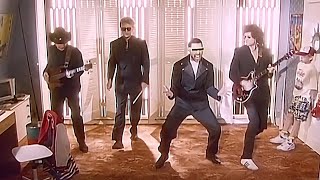 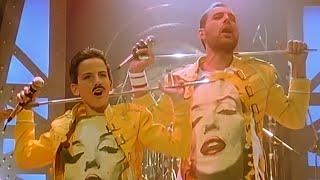 Queen: Freddie Mercury, Brian May, John Deacon, Roger Taylor.
Recorded at Olympic Studios, Town House Studios, London, England and Mountain Studios, Montreux, Switzerland.
All songs written by Queen.
Personnel: Brian Zellis (programming, computer).
Recording information: Mountain Studios, Montreux, Switzerland; Olympic Studios; The Townhouse Studios, London, UK.
THE MIRACLE was a comeback album of sorts for Queen, who had just come off a three-year break prior to its release. Instead of experimenting with different musical styles (as on 1982's dance-heavy HOT SPACE), Queen wisely stuck to its hard-rock roots for the most part, making THE MIRACLE one of the band's most successful U.S. releases of the '80s--both artistically and commercially. With rumors swirling of an impending breakup due to personal problems within the band, many fans breathed a sigh of relief when THE MIRACLE finally appeared in 1989.
THE MIRACLE turned out to be Queen's most consistent album since 1984's THE WORKS. Never before had Queen's lyrics been so obviously biographical as on THE MIRACLE. Four tracks in particular, "Party," "Khashoggi's Ship," "Scandal," and "Was It All Worth It," all examine the ups and downs of being a rock & roll celebrity. The band turns poetic and poignant on the superb title track, rocks furiously on the single "I Want It All," and offers interesting slabs of both dance ("The Invisible Man") and expertly crafted pop ("Breakthru").