Get email alerts for Lakeside
Available: Usually ships in 3-5 business days
Only 8 copies left
Add to Cart
Add to Wishlist
Format:  Vinyl LP
sku:  WZSOL 725531
"WZ" coded vinyl LPs are in new and never-played condition, but are warehouse remainders. Most are sealed, however many have manufacturer's delete notch, drill hole, prior sale stickers and/or minor shelf wear. If you are not 100% satisfied with your purchase, our 30-Day Return Policy would apply.
Customers who purchased this item also bought these:
Gap Band VI (Vinyl LP) $4.99
Joe Sample: Voices In The Rain (Vinyl LP) $4.99
David Sanborn: A Change of Heart (Vinyl LP) $2.49
Jody Watley: You Wanna Dance With Me? (Vinyl LP) $4.99
The Temptations: Touch Me (Vinyl LP) $7.49
Jeffrey Osborne: Don't Stop (Vinyl LP) $7.49
Peabo Bryson: Positive (Vinyl LP) $1.49
Fattburger: Living in Paradise (Vinyl LP) $1.99
Angela Bofill: Let Me Be the One (Vinyl LP) $4.99
Kashif: Condition Of The Heart (Vinyl LP) $2.50
92% recommend us! 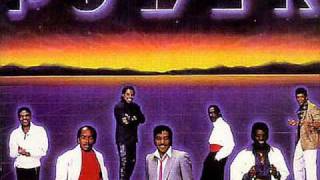 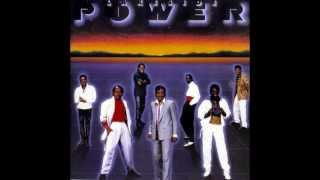 Produced by band guitarist Stephen Shockley, Power was Lakeside's last nationally charting album. Issued during the waning years of R&B bands, it has healthy heaping of both funk cuts and slow jams. The opening track, "Relationships," written by onetime Prince & the Revolution bassist Brownmark, was a Top 24 R&B single in the spring of 1987. Still, it's the LP's ballads that left the most lasting impressions. The crystalline "To Be Your Lover" remains a heart-melter almost two decades after its release and was curiously never released as a single, despite receiving massive radio play. The other standout ballad, "Bullseye," was a Top 33 R&B hit during the summer of 1987. Former Slave member Steve Arrington's wife, India Arrington, co-wrote the inspiring, poppin' title track which sports the lyric: "What makes you better than the roaches on the wall/Until you get up from the bottom/You'll both have to crawl." "Bullseye" appears on The Best of Lakeside [Sequel] and Galactic Grooves: The Best of Lakeside. ~ Ed Hogan