Client 9: The Rise and Fall of Eliot Spitzer R 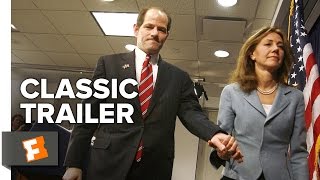 Documentary filmmaker Alex Gibney (TAXI TO THE DARK SIDE, ENRON: THE SMARTEST GUYS IN THE ROOM) turns his focus on New York governor Eliot Spitzer, his valiant crusade to hold large financial institutions accountable for their crimes, and his ultimate downfall after enlisting the services of high-priced call girl Ashley Dupre. Unlike many other accounts of the case, which draw primarily from the confessions of Dupre, CLIENT 9 offers a much more detailed overview of Spitzer's incredible rise and fall thanks to the contributions of Peter Elkind, author of ROUGH JUSTICE: THE RISE AND FALL OF ELIOT SPITZER. In addition to landing an interview with the Spitzer himself, Elkind also sat down for a revealing conversation with "Angelina," another woman who spent plenty of time with the ex-governor. A variety of Spitzer's friends, colleagues, and political adversaries also weigh in with their thoughts on the scandal.

Casino Jack and the United States of Money
$11.70 Super Savings
Add to Cart