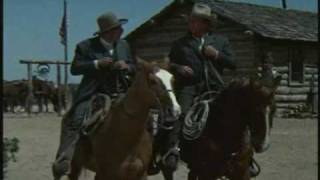 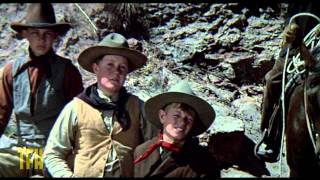 Josh Olson on THE COWBOYS (Featurette)

After his cowhands desert him for a nearby gold rush, aging, leather-tough rancher Will Anderson (John Wayne) resorts to hiring 11 schoolboys to help him on a 400-mile cattle run. Setting off with the boys and an eloquent but equally tough black cook (Roscoe Lee Browne), Anderson must get his cattle to their destination while contending with the wilderness and a psychotic, vengeful ex-con (Bruce Dern) who is out to get him. With an amazingly natural performance by Wayne, this stylized, action-packed Western is exquisitely filmed, emotionally sensitive, and highly entertaining. Director Mark Rydell gets solid performances out of not just Wayne (in one of his later screen roles) and Browne, but the group of youngsters accompanying them on the journey, as well as actors like Slim Pickens and Colleen Dewhurst who play smaller supporting roles. Close attention is also paid to the natural beauty of the mountains, wild mustangs, and other often overlooked standard Western fare.

In director Mark Rydell's THE COWBOYS, a veteran rancher hires a group of young boys to drive his cattle to market after his regular hands desert him. The length of the trip and the unwieldly herd of cattle make for an impromptu classroom on the range, complete with attacking outlaws.

The Comancheros
$1.98 on Sale
Add to Cart