The Game The Documentary 2.5 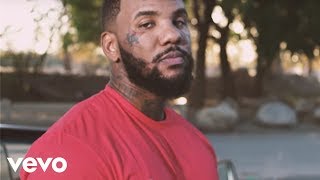 Photographer: Jonathan Mannion.
Considered the second half of the Game's double-disc sequel to 2000's The Documentary, this ".5" release is not an appendix or set of extras, but a fully formed album that's also a thrilling return to form. It's arguably a shade better than the MC's other 2015 release, The Documentary 2, shockingly kicking off with a Stat Quo-featuring intro that addresses the Game's beef with 50 Cent. The following "Magnus Carlsen" with R&B singer Anderson Paak is another surprise as it opens this beast with something wistful and slow, because by the time Jay Rock and ScHoolboy Q show up for the addictive "Gang Bang Anyway," the album has unloaded three clips' worth of bullets and offers "We know the history, and we know this shit could end any day/But we still gang bang anyway" as an excuse. "Intoxicated" is the Parliament/Funkadelic tribute fans always appreciate, "Like Father Like Son 2" is that soul-baring stuff that puts the Game next to Eminem when it comes to raw therapy music, and as for club tracks, "Up on the Wall" is close to Michael Jackson's Off the Wall album while "Quiks Groove" is the sound of gangsta funk disco being born, and that's a great thing. "The Ghetto" with Nas and will.i.am does not disappoint, leaving the album's numbering system the only thing to complain about, as 2015 is the Game's second-best year ever, and there's nothing ".5" about it. ~ David Jeffries