Vibe: "...both `Come Go With Me' and a remade `Point of No Return' still pack enough punch to leave almost every listener itching to get up and shake it..."

Get email alerts for Exposé
61 ratings
Currently Out of Stock: We'll get more as soon as possible
Notify Me When Available
Add to Wishlist
Format:  CD
item number:  SSP 69847
Our customers love us! 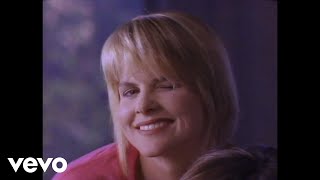 Expose': Jeanette Jurado, Gioia, Ann Curless, Kelly Moneymaker (vocals).
Additional personnel: Nestor Gomez, George "Jet" Finess, Dan Huff, Michael Thompson, Tim Mitchell (guitar); Steve Grove, Ed Calle, Tom Timko (saxophone); Tony Concepcion, Kenneth Faulk (trumpet); Dana Teboe (trombone); Froilan Sossa (keyboards, synthesizer); "Soul Solution" (keyboards, programming); Lewis A. Martinee (keyboards, drums, percussion, programming); Mike Bakst, Mike Lorello (keyboards); Bradley Russell (fretless bass); Steven Finklestein (percussion); Mark Hammond, Keith Thomas, Tony Coluccio (programming).
Producers: Lewis A. Martinee, Keith Thomas, Guy Roche, DNA/Davidge.
Engineers include: Mike Couzzi, Bill Whittington, Thom Russo.
Includes liner notes by Bill Coleman.
Expos‚ racked up an impressive number of dance and adult contemporary hit singles in the late '80s and early '90s, and most of them are collected on this almost perfect Greatest Hits. All their hits from Exposure are here, including their Top Five smashes "Come Go With Me" and "Point of No Return," the soulful Top Ten hit "Let Me Be the One," and the chart-topping ballad "Seasons Change," as well as the club hit "Exposed to Love." Additionally, "Point of No Return" and "Let Me Be the One" were remixed when released as singles -- those single remixes are the versions included here, as well as the single edits of all their other hits. Also included are the single versions of their hits from their sophomore album, What You Don't Know, including the brass-heavy title track, the almost hip-hop "Tell Me Why," and the luscious ballads "When I Looked at Him" and "Your Baby Never Looked Good in Blue." Vocalist Gioia Bruno left after their second album and, with their third, self-titled set, the formula began to weaken, although they did score one major Top Ten hit with the ballad "I'll Never Get Over You Getting Over Me," included here. The first single from that album, "I Wish the Phone Would Ring," was sadly left off, as were two lesser follow-ups: "In Walked Love" and "As Long as I Can Dream" which, for better or for worse, sound more like bad Wilson Phillips ballads than traditional Expos‚ hits. Finally, this set includes a couple of new recordings: the ballad "I'll Say Goodbye for the Two of Us" (which bubbled under Billboard's pop chart) and their lovely remake of "End of the World," as well as lesser remixes of "Come Go With Me" and "Point of No Return" and a remix of "I Specialize in Love," which is also from Expos‚. This excellent hits collection, with the correct versions of all their singles, makes only one misstep -- leaving off "I Wish the Phone Would Ring" (as well as not featuring a cover photo with Bruno, who was one of the main reasons behind the group's success). ~ Jose F. Promis