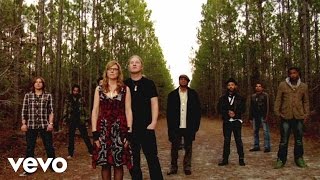 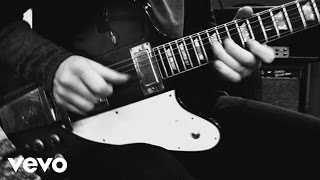 Rolling Stone - p.88
4 stars out of 5 -- "Trucks' serpentine curls slither alongside Tedeschi's supple cries over crosscurrents of the Meters and the Band in 'Bound for Glory' and 'Midnight in Harlem.'"
Rolling Stone - p.74
Ranked #45 in Rolling Stone's '50 Best Albums Of 2011' -- "The chops and funky surge are first-rate..."
Down Beat - p.58
4 stars out of 5 -- "Tedeschi is in particularly fine voice, singing sweet or rough with authority at a level once occupied by foremothers Bonnie Raitt and Tracy Nelson in their prime."
Living Blues - p.39
"The songs are rife with catchy, hook-filled melodies that have pop appeal without making concessions to fleeting trends, deeply soulful singing by Tedeschi, and searing slide guitar flights by her husband."

Personnel: J.J. Johnson (drums).
Audio Mixer: Jim Scott .
Recording information: Plyrz Studios; Rong-Tai Studio; Studio P, Sausalito, CA; Swamp Raga Studios, Jacksonville, FL.
Photographers: James Minchin; Jessica Shouse.
Revelator is the debut studio album from the 11-piece Tedeschi-Trucks Band, who already have a reputation as a wildly exciting live jam group. That said, the record that Susan Tedeschi and husband Derek Trucks have recorded proves something beyond their well-founded reputation as a live unit: that they can write, perform, and produce great songs that capture the authentic, emotional fire and original arrangements that so many modern blues and roots recordings lack. The duo forged their two individual solo bands (Trucks remains with the Allman Brothers Band) and added some other players. Oteil and Kofi Burbridge and Mike Mattison, as well as drummers Tyler Greenwell and J.J. Johnson are on board, as well as backing vocalists and a horn section. Produced by Trucks and Jim Scott, these 12 songs seamlessly meld blues, rock, Southern soul, gospel, and funk traditions into a heady, seductive, spine-slipping stew. The record also showcases Tedeschi as one of the finest vocal stylists in roots music, and Trucks, has become the only true heir of Duane Allman's bell-like slide guitar tone, his taste and restraint. More than this, Revelator offers proof that this pair and their bandmates are serious songwriters as well as players--anyone remember the original Little Feat? It's like that, but with a woman up front. While the single, "Midnight in Harlem," highlights the softer,side of the band with Tedeschi's soulful croon and Trucks' swooning slide, it's the harder numbers that fill out the story. The sexy opener "Come See About Me," the bluesy, gospelized "Don't Let Me Slide" (one of two cuts written by Trucks and Tedeschi with Jayhawk Gary Louris), the second-line funk-blues of "Bound for Glory" with its punchy horns; all of these offer evidence of the real depth that this band abundantly possesses. There's the skittering, slow-tempo guitar and B-3 soul-blues of "Simple Things," and the New Orleans-style horns introducing "Until You Remember," which can distract the listener for a moment from experiencing these songs for what they are-- until Tedeschi opens her mouth and lets the lyrics come up from her belly and drip from her lips and Trucks matches her emotion in his solo-- love songs; the likes of which we haven't heard since Delaney & Bonnie. The Eastern modal tinge in Trucks' playing and tablas dustinguishes "These Walls," tempered by the quiet conviction in the grain of Tedeschi's vocal would have made for a better single. The nasty, funky, Hendrixian droning blues of "Learn How to Love" is textured by Kofi's funky clavinet and Wurlitzer. Speaking of funk, Tedeschi takes her own smoking guitar break in "Love Has Something Else to Say," a slamming, break-ridden funk tune that quakes. It combines hard Southern Stax-styled rhythm, soul, blues, and nasty-ass rock. Revelator is a roots record that sets a modern standard even as it draws its inspiration from the past. It's got everything a listener could want: grit, groove, raw, spiritual emotion, and expert-level musical truth. ~ Thom Jurek

Tedeschi Trucks Band
Made Up Mind
$12.10
Add to Cart