Elvis has been found, alive! Get ready, he's back! 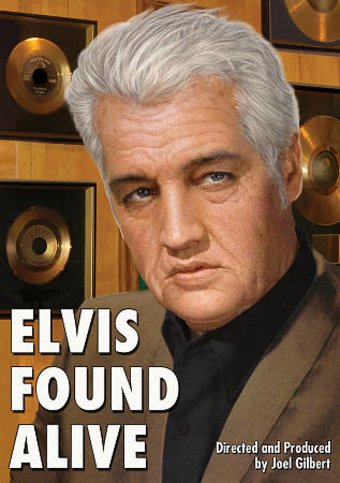 ELVIS has been FOUND, ALIVE! After visiting Graceland, Director Joel Gilbert made a Freedom of Information Act request for US government files on Elvis Presley. Incredibly, documents arrived from the FBI revealing an address for Federal Agent "Jon Burrows," Elvis' 1970's alias, in Simi Valley, California. After a brief confrontation, Elvis agreed to chronicle the secret history of his life and "death" in an exclusive interview.

In Elvis Found Alive, Elvis reflects on his early life and career, and describes his admiration for his look-alike, comic book hero Captain Marvel Jr. He explains that social unrest in the late 1960's and terrorism by the Weather Underground drove him to ask President Nixon to make him a Federal Agent. "If I could help save America, maybe it was my true destiny that God had prepared me for."

Elvis reveals that he battled Weatherman Bill Ayers and the Mafia crime families during the 1970's, leading to a faked death to go undercover. What followed was a long struggle to return to his singing career, and an Obama administration that is preventing it to this day. Elvis Presley remains the single most influential and respected figure in the history of Rock and Roll music. Today he is a symbol of America, as recognizable as the flag. Get ready, he's back!

Filmmaker Joel Gilbert draws on clandestine government files he unearthed as part of the Freedom of Information act to posit the theory that rock 'n' roll legend Elvis Presley assumed the identity of Federal Agent John Burrows after faking his death in 1977 and going to work for the DEA. An exclusive new interview with The King himself reveals the painstaking lengths Presley took to personally serve his country by fighting on the front lines of the War on Drugs.