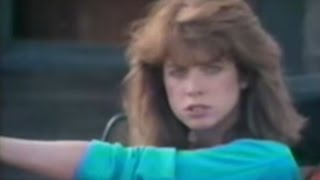 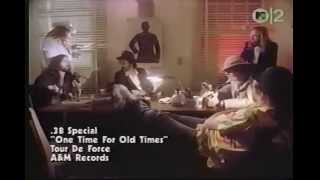 .38 Special: Don Barnes (vocals, guitar); Donnie Van Zandt (vocals); Jeff Carlisi (guitar); Larry Junstrom (bass); Jack Grondin, Steve Brookins (drums).
Recorded at Studio One, Doraville, Georgia.
.38 Special is a prime example of an AOR band with deep roots in Southern rock. The band hails from Florida, and vocalist Donnie Van Zant is the brother of none other than Lynyrd Skynyrd's Ronnie and Johnny Van Zant. The group's 1982 album, Special Forces, included the flawless Top Ten rocker "Caught Up in You," which injected the mainstream with a shot of much-needed grit. That album's follow-up, 1983's Tour De Force, upped the ante, showing the band's skills at their peak. Propelled by the effortless blend of melody and power stirred up by Van Zant, vocalist/guitarist Don Barnes, guitarist Jeff Carlisi, bassist Larry Junstrom, and drummers Steve Brookins and Jack Grondin, Tour De Force is loaded with irresistible hooks. The hit single, "If I'd Been the One," is a stunner steeped in passionate vocals and simple but highly effective rhythm and lead guitar parts. "Back Where You Belong," which was also a hit, is more of a straightforward pop/rock song. "I Oughta Let Go" is best described as country-rock -- or, better still, country-funk -- and the fun "Undercover Lover" is a sly, laid-back rocker. But the undiscovered gem here is "Twentieth Century Fox" (no, not the Doors song), a fantastic rocker with great guitar grooves, aggressive vocals, and clever lyrics. ~ Bret Adams

87%off
Game Theory
Two Steps From The Middle Ages
$1.98 on Sale
Add to Cart