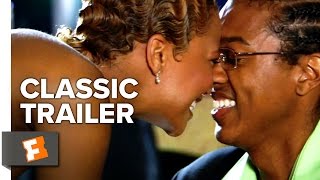 Director and screenwriter Preston A. Whitmore II (THE WALKING DEAD) captures the phenomenon of streetball and brings it to the big screen in this tale about two old friends whose lives seem very different. Tech's (Anthony Mackie) dream is to play basketball, but he isn't quite right for the NBA and he can't play college ball since he served time in his senior year and is studying for the GED. Instead, he plays the occasional game in an abandoned Detroit train station and hustles players all around the city with his friend Up (Lil J.J.) for quick cash. Meanwhile, his best buddy, Cruise (Wesley Jonathan), is a talented player who has been sweet-talked by agents and left with nothing--except the realization that education is everything. He's counting on a basketball scholarship to a California university and a career in medicine--rather than his ball-playing ability--as the key to his future.

Life becomes more complicated when Cruise repays a favor to Tech and puts his scholarship at risk by playing streetball on his pal's team in a game arranged by Vaughn (Wayne Brady), a former sports agent. Amazed by what he sees on the court, Vaughn is soon trying to woo Cruise with NBA promises, much to the delight of his new girlfriend, Vanessa (Eva Pigford, winner of AMERICA'S NEXT TOP MODEL), who can only see dollar signs. When the unthinkable happens, Cruise and Tech learn that they are not that different after all, and that their friendship can withstand anything. Real streetball players, including Phillip "Hot Sauce" Champion, who plays the greedy and arrogant local streetball champ, Jewelz, are used throughout the film, which features plenty of riveting action. Alecia Fears also stars as Tech's girlfriend, Eboni.