Out of the shadows of a vice-ridden city comes James M. Cain's most explosive drama! 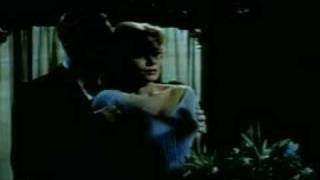 Driven by blind ambition, fast-talking publicity man Ben Grace (Payne) has found a way to smear the reputation of "reform" mayoral candidate Frank Jansen (Kent Taylor). He will do so by exposing Jansen's red-haired girlfriend, June (Rhonda Fleming), with her man-hungry kleptomaniac sister, Dorothy (Arlene Dahl), who also happens to be a convict out on parole. In the process, Ben finds himself falling for June and seduced by Dorothy, while crime boss Sally Caspar is breathing down his neck, expecting him to deliver on him promise.

Allan Dwan takes on hard-boiled master James M. Cain in a film starring Arlene Dahl as Dorothy Lyons, a red-headed nymphomaniac looking for trouble. Hoping to smear Frank Jansen (Kent Taylor), the reform candidate for mayor in his city, crime syndicate boss Sol Caspar (Ted de Corsia) sends his top lieutenant Ben Grace (John Payne) to look into the private life of Jansen's secretary, June Lyons (Rhonda Fleming). He finds not only that she's involved with her boss, but that her sister Dorothy, a kleptomaniac who gets around, has just been released from prison. When Caspar murders a newspaper publisher who had supported Jansen, Ben, who is angling for Caspar's slot, supplies evidence of Caspar's involvement in the crime to June, and convinces her to accept his help in electing Jansen, making her believe he's now on the side of law and order. Meanwhile, Caspar is forced to flee and Ben takes over his job. Ben and June soon become involved, but their romance goes sour when Arlene, always in search of new friends, makes a move on the racketeer. Dahl gives one of her most unusual performances in the tight little noir, which features superb photography by John Alton.

83%off
Vintage Thrillers Collection (The Most Dangerous Game /...
$4.98 on Sale
Add to Cart