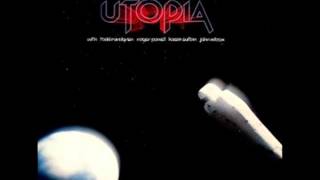 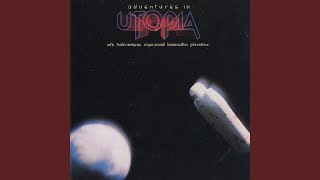 The Road to Utopia (Music Video)

Utopia: Todd Rundgren, Roger Powell, Kasim Sulton, John Willie Wilcox.
Digitally remastered by Bill Inglot and Ken Perry (K-Disc).
1979's ADVENTURES IN UTOPIA finds Todd Rundgren, Kasim Sultan, Roger Powell, and Willie Wilcox pushing the fusion/progressive influences of their previous albums into the background, in favor of compact, angular, tightly wound pop songs that are quirky and willful enough to be considered new wave. Powell's synths predominate, with Rundgren's guitars mostly reduced to choppy rhythm playing, as on the Cars-like "You Make Me Crazy" and the surprise Top-40 hit "Set Me Free," a funky dance tune that sounds oddly similar to the sort of things Prince was starting to do around the same time. Elsewhere, the hazy, atmospheric "Caravan" and the sniggering hard rock of "Last of the New Wave Riders" are highlights. The lengthy "The Road to Utopia" is a peculiar mix of Talking Heads and Fleetwood Mac, a combination that works better than you might expect.