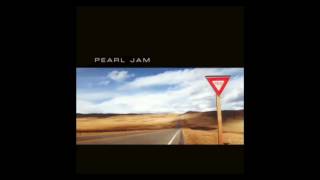 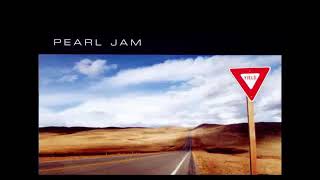 Rolling Stone - 2/19/98, pp.55-56
4 Stars (out of 5) - "...even the rockers have an uncommonly easy touch that's new to Pearl Jam....Vedder is singing more frankly about his life as an adult....shows that Pearl Jam have made the most out of growing up in public..."
Spin - 3/98, p.129
8 (out of 10) - "...Part touchstone, part pariah, Pearl Jam have tried arty gestures; they've ostentatiously declined to rock; and now they've come back with an album full of gracefully ambivalent anthems. All commodities should be this unstable, and have this much blood pumping through them."
Entertainment Weekly - 2/6/98, pp.58-59
"...an intermittently affecting album that veers between fiery garage rock and rootsy, acoustic-based ruminations. Perhaps mindful of their position as the last alt-rock ambassadors with any degree of clout, they've come up with their most cohesive album since their 1991 debut, TEN..." - Rating: B
NME (Magazine) - 1/31/98, p.44
7 (out of 10) - "...Here's where Pearl Jam put on their diverse boots and stomp across their bluesy roots, careering through various styles and pop-mongous strops..."

YIELD contains a hidden track.
Pearl Jam: Eddie Vedder (vocals, guitar); Stone Gossard, Mike McCready (guitar); Jeff Ament (bass); Jack Irons (drums).
Recorded at Studio Litho and Bad Animals, Seattle, Washington; Southern Tracks Recording and Doppler, Atlanta, Georgia.
"Do The Evolution" was nominated for the 1999 Grammy Award for Best Hard Rock Performance and Best Short Form Music Video. YIELD was nominated for the 1999 Grammy Award for Best Recording Package.
Nay-sayers and trends be damned. Pearl Jam's follow-up to 1996's NO CODE continues down the path of aggressive rock and roll, existential musings and musical experimentation. This isn't your older brother's grunge. Opening with the hard-driving "Brain Of J," YIELD goes from a punky swagger representing man's arrogance in asserting his lofty place on the food chain ("Do The Evolution") to a free jazz approach and a disembodied Vedder vocal questioning the meaning of life ("Push Me, Pull Me").
Most of YIELD continues to ply the standard Pearl Jam sound: Vedder's pained emoting, the interesting use of dynamics between McCready and Gossard's guitars and solid rhythm-work from the Ament/Irons rhythm section. Rather than falling into the creative rut many huge bands succumb to, Pearl Jam's music has instead developed its own identity while still walking the fringes of the unorthodox. Hence the inclusion of a weird, untitled percussive instrumental cut in Jack Irons' home studio and an Eastern-flavored hidden track pointing towards the influence of the late Nusrat Fateh Ali Khan.