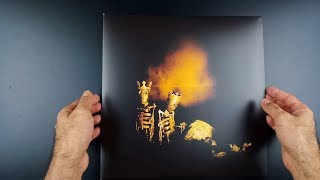 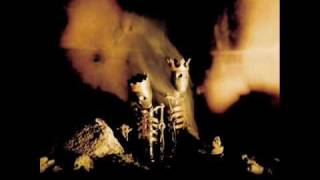 Pearl Jam: Eddie Vedder (vocals, guitar); Matt Cameron (guitar, drums, percussion); Mike McCready, Stone Gossard (guitar); Jeff Ament (bass).
Additional personnel: Boom Gaspar (Fender Rhodes piano, Hammond B-3 organ); Adam Kasper (piano).
Recorded at Studio X, Seattle, Washington.
Emerging from a three-year hibernation, Pearl Jam returns with RIOT ACT, a hard-hitting collection of 15 cuts that finds the band leaving behind the experimental nuances of BINAURAL and YIELD. Instead, Eddie Vedder puts on his hair shirt as he takes on both inner and outer conflict amid ambiguity. Hitched to the twin-guitar might of Stone Gossard and Mike McCready, Vedder treats Dubya scornfully on the howling "Bush Leaguer" and manages to turn the camera inward on the waltz-flavored chaos of "I Am Mine."
The subtle presence of a humming keyboard on the driving "Get Right" is the sole concession to incorporating any contemporary nuance, and even then, howling guitars ensure this song remains firmly in the rock & roll camp. Other highlights include the thunderous "Save You" along with equally aggressive fret-driven tour de forces like "Ghost" and the slightly more ethereal "You Are." As one of the few survivors of the early-'90s grunge movement, (along with the often overlooked Mudhoney), Pearl Jam has managed to weather the choppy seas of pop culture and emerged with musical chemistry as rock-solid as its convictions.