Rolling Stone: 3.5 stars out of 5 -- "[With] a spectral version of Bob Dylan's 'Stuck Inside of Mobile With the Memphis Blues Again' that truly takes the song down South." 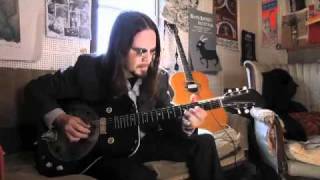 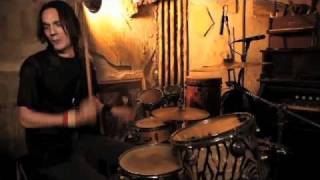 Rolling Stone - p.64
3.5 stars out of 5 -- "[With] a spectral version of Bob Dylan's 'Stuck Inside of Mobile With the Memphis Blues Again' that truly takes the song down South."
Living Blues - p.40
"It's more of a rock record than a blues record, and there's plenty of punk attitude."

Personnel: Alvin Youngblood Hart (vocals, harmonica); Jim Spake (clarinet, saxophone); Spooner Oldham (piano); Jack Ashford (tambourine).
Audio Mixer: Kevin Houston .
Recording information: Fame; I.V. Lab; Wireland; Zebra Ranch, Independence, MS.
Photographer: Josh Mintz.
Keys to the Kingdom is easily the most personal album recorded by the North Mississippi Allstars to date. Luther and Cody Dickinson lost their father, the legendary producer and musician Jim Dickinson, in late 2009. Along with fellow bandmember Chris Chew, the trio gathered together in the Dickinson family's home Zebra Studios to record a tribute. The words "Produced for Jim Dickinson" adorn the back of the album. Despite the sobering circumstances, the band focused on their father's motto -- "I will not celebrate death" -- as the m.o for the sessions. They gathered together a slew of family friends including Alvin Youngblood Hart, Mavis Staples, Ry Cooder, Spooner Oldham, Gordie Johnson, and Jack Ashford, among others, to cut a set of original material inspired by old-school Dixie-fried roots rock, Delta blues, funk, and R&B. The album features a single cover, a one-chord blues version of Bob Dylan's "Stuck Inside of Mobile (With the Memphis Blues Again)," to fulfill a last request by their father.