Dirty Linen: "It's a sunny collection of songs that benefited from beautifully produced, piano-filled arrangements..."

Get email alerts for Merle Haggard
13 ratings
Currently Out of Stock: We'll get more as soon as possible
Notify Me When Available
Add to Wishlist
Format:  CD
sku:  SSP 70684
92% recommend us! 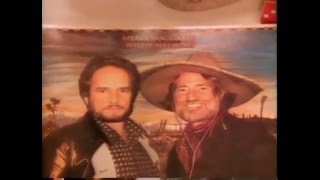 Dirty Linen - 4/04, p.60
"It's a sunny collection of songs that benefited from beautifully produced, piano-filled arrangements..."

Hot
Merle Haggard
Back To The Barrooms (CD)
$8.49 CD Sale
Add to Cart