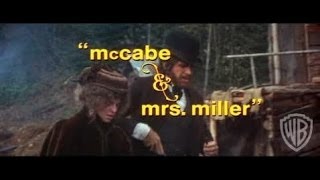 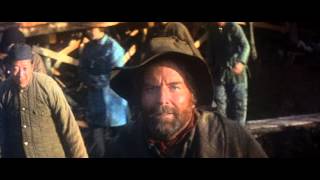 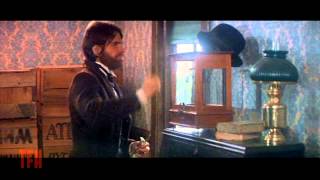 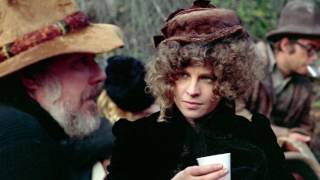 A haunting, poetic anti-Western based on the 1959 novel by Edmund Naughton, Robert Altman's MCCABE AND MRS. MILLER is a deeply moving motion picture about love and the pursuit of wealth in 19th-century America.

John McCabe (Warren Beatty), a determined businessman with a mysterious past, settles in the small Northwestern town of Presbyterian Church and opens up a saloon and brothel. Soon after, the brothel's madam, an Englishwoman named Constance Miller (Julie Christie), arrives and forms a partnership with McCabe in order to manage the brothel's business affairs. McCabe has trouble expressing his true feelings to Mrs. Miller, with whom he has fallen in love; she, in turn, relies on opium to distract her from her personal sorrows. After a powerful company arrives and offers to buy out McCabe's property, his stubborn refusal ends up jeopardizing his life, resulting in a showdown with three hired killers in the middle of a freak blizzard. Cinematographer Vilmos Zsigmond's faded imagery-purposely manipulated by "flashing" the film stock before shooting--along with production designer Leon Ericksen's authentically created town, brings to life a past world that is tinged with an underlying sadness, a feeling that is heightened by Leonard Cohen's melancholy soundtrack. Beatty, as the lovesick McCabe, and Christie, who was nominated for an Oscar as the hard-nosed Mrs. Miller, deliver heartfelt and convincing performances.

Widely hailed as one of the top ten motion pictures of the 1970s, this Western follows an entrepreneurial drifter with a hidden past. John McCabe builds a makeshift brothel and casino in a small Pacific Northwest mining town during the turn of the century who finds an unlikely a assistant in a world-weary, opium-smoking British madame. Featuring outstanding performances by Warren Beatty and Julie Christie, MCCABE AND MRS. MILLER is yet another outstanding revisionist genre film from acclaimed director Robert Altman.