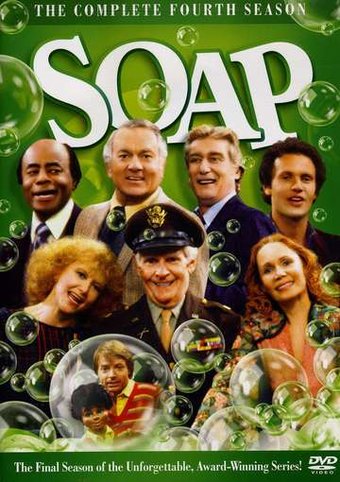 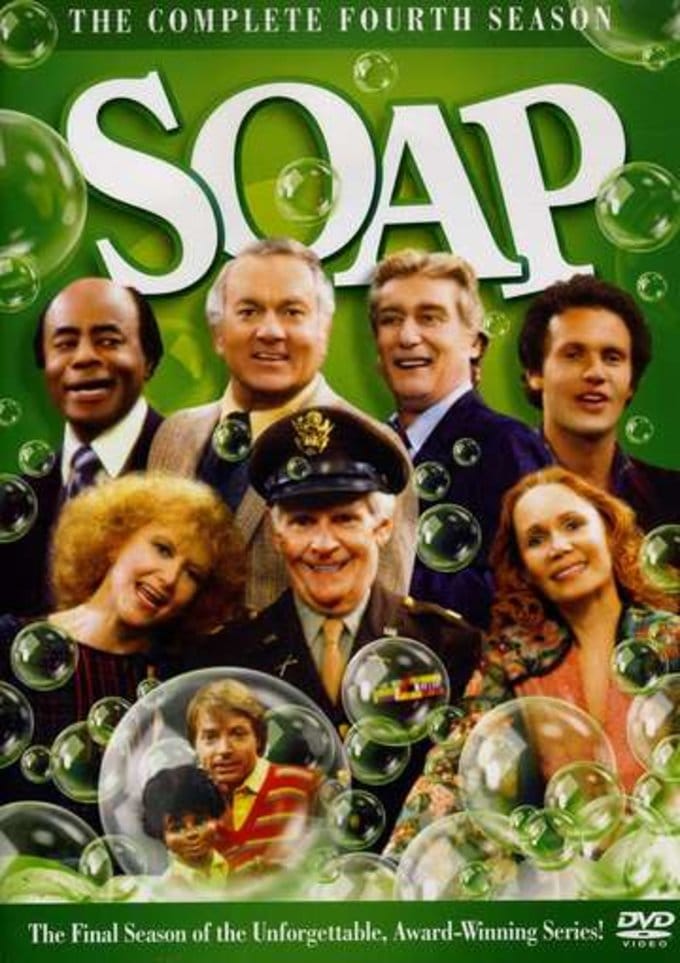 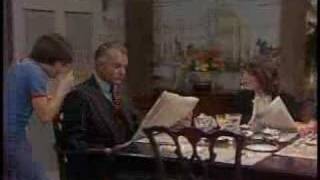 A hilarious 1970s sitcom that parodied the absurdities and intricacies of soap operas, SOAP followed the over-the-top exploits of two sisters and their respective families. Jessica Tate (Kathryn Helmond, OVERBOARD) is the head of the aristocratic Tate family, while Mary Campbell (Cathryn Damon, SHE'S HAVING A BABY) and her husband Burt are blue collar, with ties to the mob. Nothing is unheard of and everything is melodramatic, with pimples assuming the same importance as alien abduction and frequent murder. Everyone sleeps with everyone, and the characters' relationships are nebulous. The show also had a great deal of topical prescience, addressing issues like racism and homosexuality, and featuring the first openly gay character on television. In season four, Jessica recovers from her coma and dumps all her suitors, Leslie (Marla Pennington, SMALL WONDER) continues her efforts to kill Billy (Jimmy Baio), Eunice (Jennifer Salt) and Dutch (Donnelly Rhodes, ROSWELL: THE ALIENS ATTACK) get engaged, and El Puerco plans his revolution.