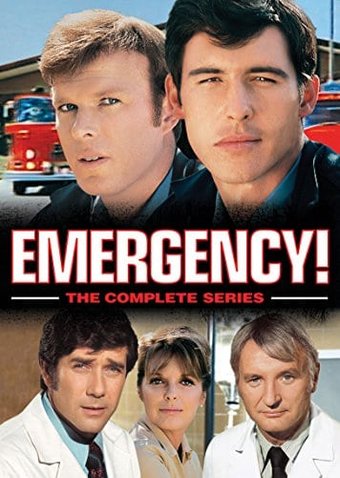 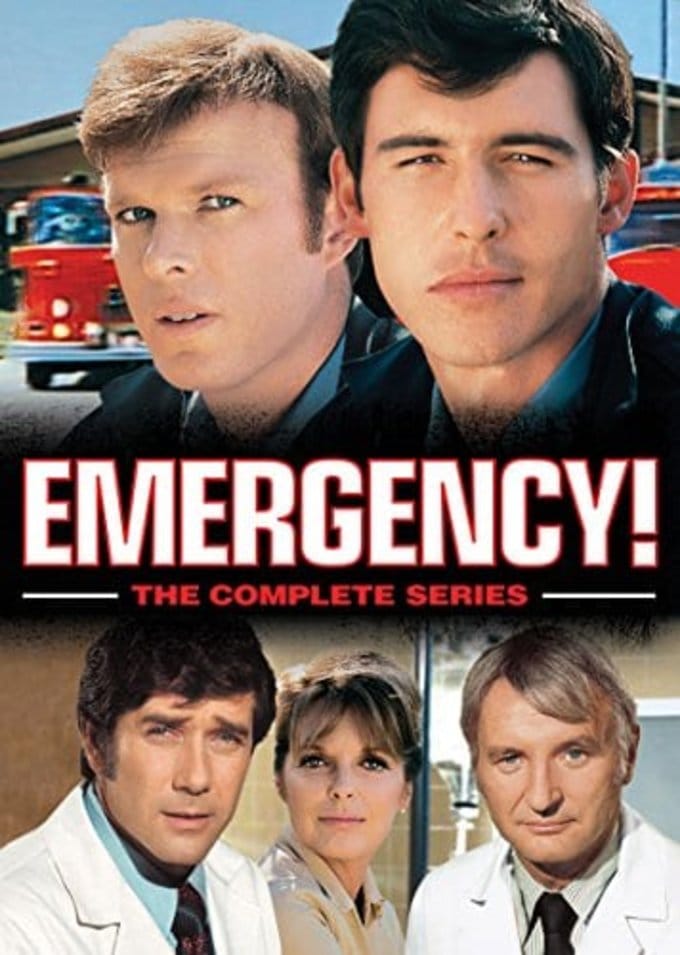 Produced by Jack Webb's Mark VII Productions, the weekly, hour-long EMERGENCY! dramatized the activities of a team of paramedics from the Los Angeles County Fire Department. Working in concert with Ramparts General Hospital, the men of Squad 51 included paramedics John Gage (Randolph Mantooth) and Roy DeSoto (Kevin Tighe), fire captains Hammer (Dick Hammer) and Stanley (Michael Norrell) fictional fireman Chet Kelly (Tim Donnelly), and real life firefighters Mike Stoker and Marco Lopez, playing themselves. Like most paramedic teams, Squad 51 had a dog mascot: it was "Boots" during seasons 2-5, and "Henry" thereafter. Among the staffers at Ramparts were Dr. Kelly Brackett (Robert Fuller), Dr. Joe Early (Bobby Troup) and Nurse Dixie McCall (Julie London, real-life wife of Bobby Troup -- and ironically the former wife of series executive producer Jack Webb). Also seen from time to time were Ron Pinkard as Dr. Mike Morton, Deidre Hall as nurse Sally Lewis, Vince Howard as Police Officer Vince, and Sam Lanier as the dispatcher. Each episode consisted of a basic plotline, interspersed with various rescues and acts of heroics on the parts of the paramedics and the medicos. Some were heartrending, others hilarious, and none were dull. Debuting January 22, 1972, as a midseason replacement for the failed NBC sitcoms THE PARTNERS and THE GOOD LIFE, EMERGENCY! surprised everyone in the industry by holding its own in the ratings opposite CBS' powerhouse ALL IN THE FAMILY. The series remained a Saturday-night fixture until September 3, 1977, then continued as a cluster of sporadically scheduled two-hour "movie" specials, the last of which aired in 1979. In addition, a half-hour animated version, EMERGENCY + 4, was seen on NBC's Saturday morning lineup from 1973 through 1976.