Gamma Ray Empire of the Undead 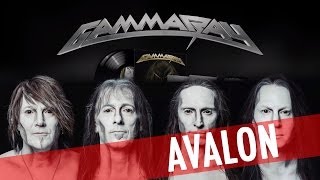 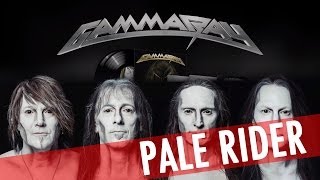 Although the time between releases might be getting longer, after 25 years the stalwart German power metal outfit Gamma Ray are still going strong, delivering a vigorous performance on their 11th album, Empire of the Undead. While the album's title might evoke the walking dead, an image of a phoenix rising from the ashes feels more appropriate after the album had to be rescued from a fire that claimed Gamma Ray's own Hammer Studios while they were out on tour. Despite the tragedy, the power metal pioneers bounce back wonderfully with an album that shows all the polish that fans of the band have come to expect over the last couple of decades. That said, however, it's not as though Gamma Ray have completely escaped the ravages of time, and while much of the playing on the album is rock-solid, Kai Hansen's voice isn't quite as strong as it used to be. Being a consummate professional, though, Hansen makes it work for him. On the Queen-esque rocker "Time for Deliverance," the occasional crack in the singer's voice lends an air of vulnerability to the band's stately sound. Empire of the Undead isn't going to raise any eyebrows with its innovativeness, but given Gamma Ray's place near the top of the power metal family tree, the album's tight writing and expert execution make it easy to cut the band some slack. All in all, Empire of the Undead is a fine entry in the group's expansive catalog, and since the album's very existence is a minor miracle, longtime fans of the band should have few complaints. ~ Gregory Heaney