An epic tale of nerds and turds. 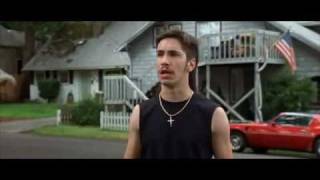 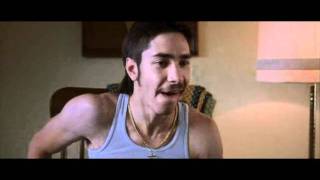 THE SASQUATCH GANG - Zerk tries to run on water (Clip)

The Sasquatch Gang From the creators of Napoleon Dynamite, The Sasquatch Gang is a fantastical, obscure and hilarious comedy full of outrageous shenanigans and laughs! When science fiction enthusiast, Gavin (Jeremy Sumpter, Friday Night Lights) ventures into the woods, he stumbles onto some mammoth footprints and a large turd. Could this be the infamous Sasquatch? As the investigation goes underway, two dim-witted locals, Zerk (Justin Long, Accepted) and Shirts (Joey Kern, Super Troopers) hatch a ridiculous scheme to profit from the situation.

Teenage | Theatrical Release
This product is made-on-demand by the manufacturer using Blu-ray BD-R recordable media. Almost all Blu-ray players can play BD-Rs, but the player might record an update from the manufacturer.

16%off
Harry and the Hendersons
$8.40 Super Savings
Add to Cart