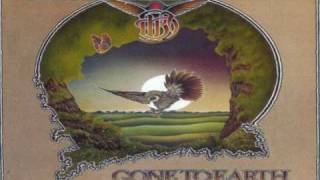 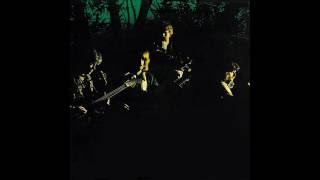 GONE TO EARTH is a 1977 album by the British prog-rock group Barclay James Harvest.
German reissue feature five extra cuts.
CD contains 5 bonus tracks.
Barclay James Harvest had streamlined their sound considerably after leaving the Harvest label, culminating (so many felt) in the mellifluous music of Gone to Earth. Their pretensions to progressive rock all but abandoned, BJH here invites comparison to contemporaries like Supertramp, REO Speedwagon, and Fleetwood Mac (some of whom were similarly tagged with the prog rock label early on). Even at their most ornate, songwriters John Lees and Les Holroyd were simple balladeers at heart, and the decision to unclutter their arrangements allows the material's intrinsic beauty to shine through with clarity. For this reason, Gone to Earth is regarded by many as the band's best album, and judged on a song-by-song basis, it's hard to argue against it. Lees' "Hymn" and "Poor Man's Moody Blues" swell from simple beginnings to majestic heights, while Holroyd provides a cache of catchy rock songs, incorporating Beach Boys' harmonies on "Spirit of the Water" and "Taking Me Higher," soaring with the Eagles on "Friend of Mine," and even dabbling in reggae on the popular "Hard Hearted Woman." Again, the album's lone orchestral moment comes from Woolly Wolstenholme, the transcendent "Sea of Tranquility." (The keyboardist, whose once-omnipresent Mellotron now played a diminished role in the band's sound, left after the subsequent tour, releasing the first of several solo albums in 1980.) Although the songs are almost uniformly light on their feet, the lyrics reveal some heavy thoughts: Lees' "Lepers Song" laments "The end of the line's where I'm at/'Cos there's nothing left to be," and "Spirit of the Water" deals with killing seals for coats. Fortunately, it's not the uneasy alliance you might expect. Rarely has the band sounded so comfortable in the studio, and the result is as lovely a record as they've made. ~ Dave Connolly