Rolling Stone: 3 stars out of 5 -- "[C]atchy, tight, bombastic pop rap alongside a who's who of megastar guests." 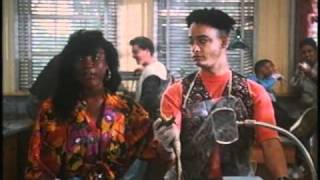 Two students, one a mild-mannered well-spoken intellectual, the other a street-wise gangster-in-training, get their school records mixed up and take full advantage of the situation.

In this second Kid 'N Play film, the resident high school genius switches identities with the class delinquent, setting the stage for all manner of comic complications. To make matters even stickier, both guys meet the girl of their dreams while masquerading as the other, making it all the harder to end their charade.