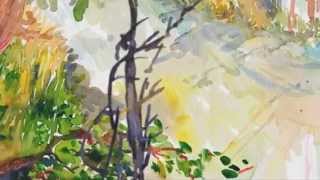 MORE is the soundtrack to the movie of the same name. The 1996 repackaging of MORE includes an expanded booklet with many rare photos, lyrics and revised front cover artwork.
Pink Floyd: David Gilmour (vocals, guitar); Roger Waters (vocals, bass); Rick Wright (keyboards); Nick Mason (drums).
In 1969, Pink Floyd was invited to compose a soundtrack for French filmmaker Barbet Schroeder. The result was MORE, a collection that doubled as Floyd's first full-length record following the departure of founding member Syd Barrett. Unlike most soundtracks where composers are content to write one continuous score, Floyd instead focused on creating actual songs to go along with a handful of instrumentals.
Roger Waters' compositions "Cirrus Minor" and "The Nile Song" are dominated by Richard Wright's funereal keyboards and David Gilmour's slashing guitar, respectively, whereas other Waters vehicles are more acoustic ballads ("Crying Song," "Green Is the Colour"). The other Floyd members' contributions include Wright and Nick Mason's collaboration on the improvisatory "Up the Khyber" and Gilmour's brief, flamenco-flavored cut, "A Spanish Piece". Pink Floyd's strength as a space-rock band adept at dabbling in textures and atmosphere comes to the fore during the four songs that the quartet composed as a unit. The success of this film in the French market also allowed Floyd a huge step towards gaining popularity in a region where Anglo-American rock groups traditionally fared poorly.

Pink Floyd
A Momentary Lapse of Reason
$12.90
Add to Cart

Pink Floyd
A Saucerful of Secrets
$12.90
Add to Cart