Get email alerts for Pink Floyd
3 ratings
Currently Out of Stock: We'll get more as soon as possible
Notify Me When Available
Add to Wishlist
Format:  CD
item number:  6C6CG
Our customers love us! 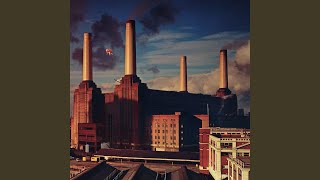 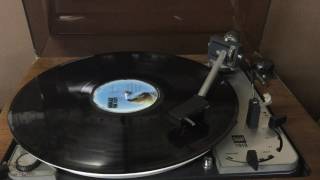 Pink Floyd: David Gilmour (vocals, guitar); Richard Wright (vocals, keyboards); Roger Waters (vocals, bass); Nick Mason (drums).
Recorded at Britannia Row Studios, London, England.
Digitally remastered by Doug Sax (The Mastering Lab, Los Angeles, California).
Of all of the classic-era Pink Floyd albums, Animals is the strangest and darkest, a record that's hard to initially embrace yet winds up yielding as many rewards as its equally nihilistic successor, The Wall. It isn't that Roger Waters dismisses the human race as either pigs, dogs, or sheep, it's that he's constructed an album whose music is as bleak and bitter as that world view. Arriving after the warm-spirited (albeit melancholy) Wish You Were Here, the shift in tone comes as a bit of a surprise, and there are even less proper songs here than on either Wish or Dark Side. Animals is all extended pieces, yet it never drifts -- it slowly, ominously works its way toward its destination. For an album that so clearly is Waters', David Gilmour's guitar dominates thoroughly, with Richard Wright's keyboards rarely rising above a mood-setting background (such as on the intro to "Sheep"). This gives the music, on occasion, immediacy and actually heightens the dark mood by giving it muscle. It also makes Animals as accessible as it possibly could be, since it surges with bold blues-rock guitar lines and hypnotic space rock textures. Through it all, though, the utter blackness of Waters' spirit holds true, and since there are no vocal hooks or melodies, everything rests on the mood, the near-nihilistic lyrics, and Gilmour's guitar. These are the kinds of things that satisfy cultists, and it will reward their attention -- there's just no way in for casual listeners. [Animals was re-released on CD in 2016.] ~ Stephen Thomas Erlewine

The Kings
The Kings Are Here and More
$12.50 Super Savings
Add to Cart

Pink Floyd
A Saucerful of Secrets
$13.70
Add to Cart

London Philharmonic Orchestra
Us and Them: Symphonic Pink Floyd
$17.20
Add to Cart

Pink Floyd
A Momentary Lapse of Reason
$29.90
Add to Cart