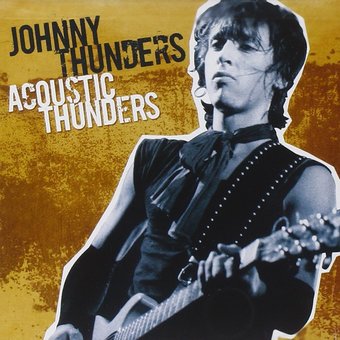 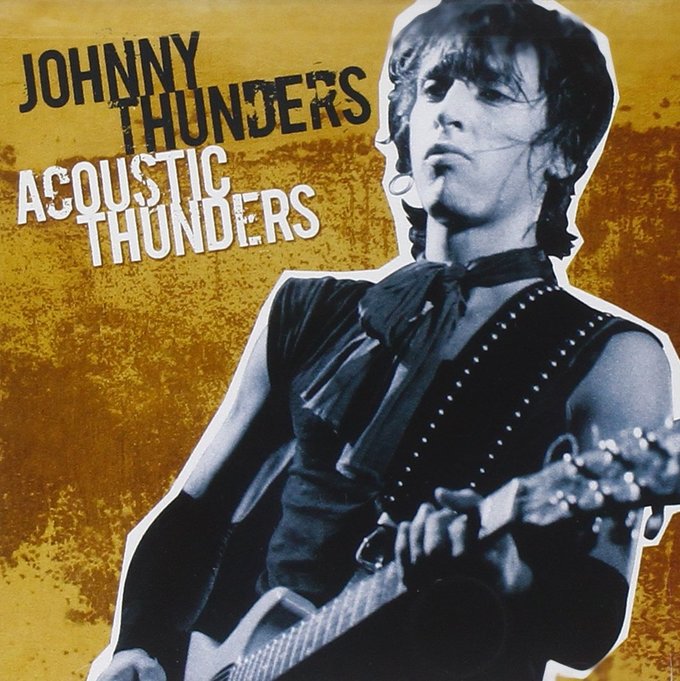 With a name like Johnny Thunders and having been an integral member of proto-punks the New York Dolls and the Heartbreakers, Johnny was all about raw, loud, blaring rock & roll (heck, an early nom de guerre he used -- before quickly discarding -- was "Johnny Volume"). So it's understandable that an album titled Acoustic Thunders will be greeted with a big old headscratch by many. But it's common knowledge among longtime Johnny fanatics that Thunders was known to pick up an acoustic guitar from time to time -- especially with increasing frequency in his latter years. And this is the exact sound/approach that is showcased throughout Acoustic Thunders. The album's 12 tracks are taken from three different performances -- one from a Detroit show in 1980, another from Los Angeles in 1987, and lastly, from Japan in 1991 (shortly before his death that year). Expectedly, the sound quality varies throughout, but there's no denying that there are points where you realize that this is Johnny Thunders at his most open and vulnerable -- you almost get the feeling that you're getting a glimpse into the true heart and soul of Thunders, especially on renditions of "So Alone" and "You Can't Put Your Arms Around a Memory." Also included is a fine version of the Dolls classic "Lonely Planet Boy," as well as lesser-known tunes such as "Joey," "Society Makes Me Sad," and "I Wrote This Song for You," which sees Thunders' acoustic guitar joined by some emotive saxophone flourishes. For a different side of Thunders that has been largely unseen (or more fittingly, unheard) by rock fans over the years, Acoustic Thunders is certainly a worthy listen. ~ Greg Prato

Johnny Thunders
Down to Kill: Live at the Speakeasy
$13.60
Add to Cart

18%off
Johnny Thunders
Down to Kill: Complete Live at the Speakeasy
$20.40
Add to Cart