Set in 19th-century Europe and New Zealand, this sweeping romance tells the story of two beautiful sisters, one headstrong and one gentle, and of the man who marries one even though he loves the other. 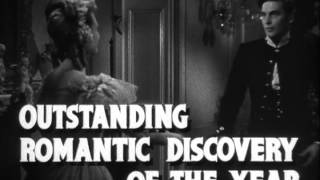 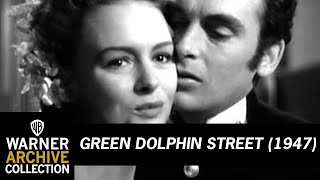 After her triumph as the lunchroom temptress in the crime classic The Postman Always Rings Twice, Lana Turner expanded her range with Green Dolphin Street. Set in 19th-century Europe and New Zealand, this sweeping romance tells the story of two beautiful sisters, one headstrong (Turner) and one gentle (Donna Reed), and of the man (Richard Hart) who marries one even though he loves the other. The film's riptides of emotion are matched by breathtaking physical tumult: a fierce Maori uprising plus a catastrophic earthquake and tidal wave that earned the film a 1947 Oscar for special effects. With its dramatic story and spectacular visuals, Green Dolphin Street drew huge audiences eager for epic moviemaking.

An exotic setting for a standard '40s romantic drama. After deserting from the British Navy and settling in New Zealand, a young sailor sends for his lady love, but gets her also-smitten sister as well. The journey includes exciting depictions of tidal waves and earthquakes. Academy Award Nominations: 4, including Best B&W Cinematography, Best Film Editing, Best Sound.

16%off
Song of Bernadette
$8.40 Super Savings
Add to Cart