Songbirds and lovebirds Carl and Sarah happily starve in a 19th-century Viennese garret, waiting the day the world will cheer Carl's operetta. But a lecherous baron with an eye for Sarah and a taste for duels threatens to turn their hope to tragedy. 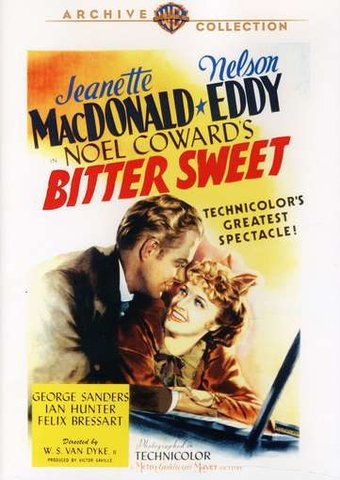 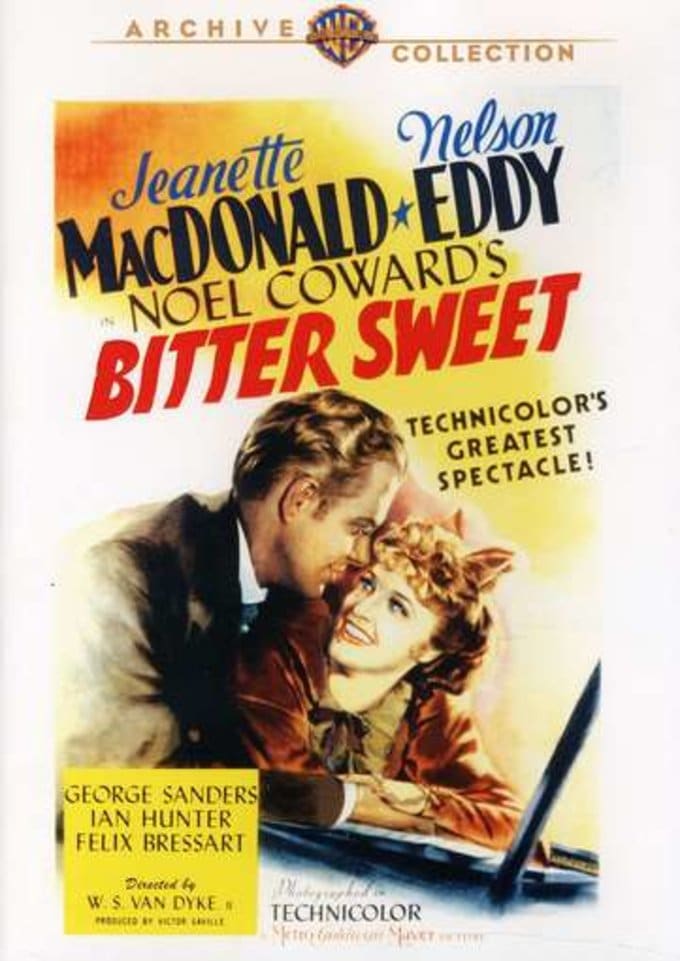 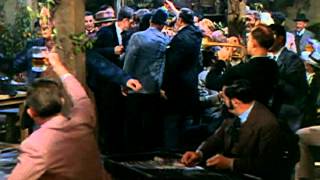 Songbirds and lovebirds Carl and Sarah Linden (Nelson Eddy and Jeanette MacDonald) happily starve in a 19th-century Viennese garret, awaiting the day the world will cheer Carl's operetta. But a lecherous baron (George Sanders) with an eye for Sarah and a taste for duels threatens to turn their hope to tragedy.

Previously filmed in 1933, Noel Coward's sentimental operetta BITTER SWEET was transformed by MGM seven years later into a Jeanette MacDonald-Nelson Eddy vehicle, complete with Technicolor. Set in late 19th century Vienna, the story focuses on the romance between music teacher Carl Linden (Eddy) and his prize pupil Sarah Milick (MacDonald). Eloping with Sarah, Carl writes an operetta specially tailored for her talents, which earns her fame and fortune. Alas, poor Carl does not live long enough to see Sarah's triumph, but it is clear that she will never forget him. Chock full of memorable tunes and familiar character faces in the supporting cast (best of all is Herman Bing as a Viennese shopkeeper), BITTER SWEET is musical moviemaking at its best.

Death | Operetta | Romance | Deception | Poverty | Scandal | Gambling | Romances | Teachers | Love
This product is made-on-demand by the manufacturer using DVD-R recordable media. Almost all DVD players can play DVD-Rs (except for some older models made before 2000) - please consult your owner's manual for formats compatible with your player. These DVD-Rs may not play on all computers or DVD player/recorders. To address this, the manufacturer recommends viewing this product on a DVD player that does not have recording capability.