Get email alerts for Jerry Harrison
3 ratings
Currently Out of Stock: We'll get more as soon as possible
Notify Me When Available
Add to Wishlist
Format:  CD
sku:  ZSM 418
92% recommend us! 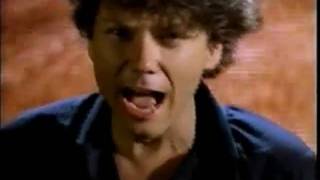 Personnel includes: Jerry Harrison (vocals, guitar).
Jerry Harrison was so impressed with the performance of his backup band on his 1988 tour that he brought them back around to share billing on his third album, Walk on Water. It's ironic, then, that none of his star players and partisans feature audibly on the recording. The soulful backing of vocalists Dollette McDonald and Nona Hendryx creep into the mix from time to time, as does Bernie Worrell's blistering keyboard work, but it's clear that Harrison has chosen Walk on Water, his first post-Talking Heads album, to be a stylistic departure from his earlier works. For one, the dense, syncopated textures from his previous albums have given way to a significantly more laid-back and monorhythmic feel. No doubt Harrison felt a simpler, pop-oriented approach would seem less self-conscious than his tense, meticulous early material. Tension, however, has always been an important quality in Jerry Harrison's music. Without it, his songs suffer here, as listenable but vaguely unremarkable tunes. Harrison brings his political activism to the fore, too, most notably in "I Cry for Iran" and "Cowboy's Got to Go." Unfortunately, the lyrics come across heavy-handed and lack personality, hardly benefiting from the sparser production. It's only when Harrison truly lets his guard down that Walk on Water succeeds. A handful of surprisingly tender ballads manage to buoy the album up from mediocrity. "If the Rains Return" is an affectionate ode to a lover with a lush tropical backdrop, while the exquisite lullaby "Sleep Angel" seems to channel Chris Isaak with its silvery steel guitar and husky vocal delivery. ~ Christian Huey