Andy Hardy, the original teen supreme, comes careening to your screen in the first of a series of collections! 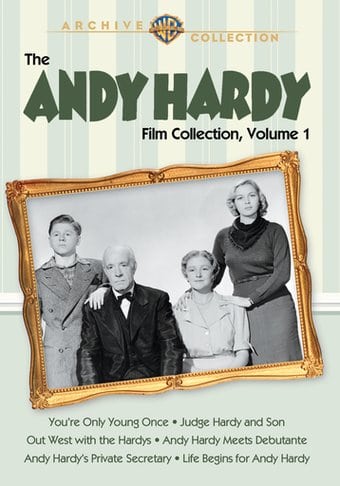 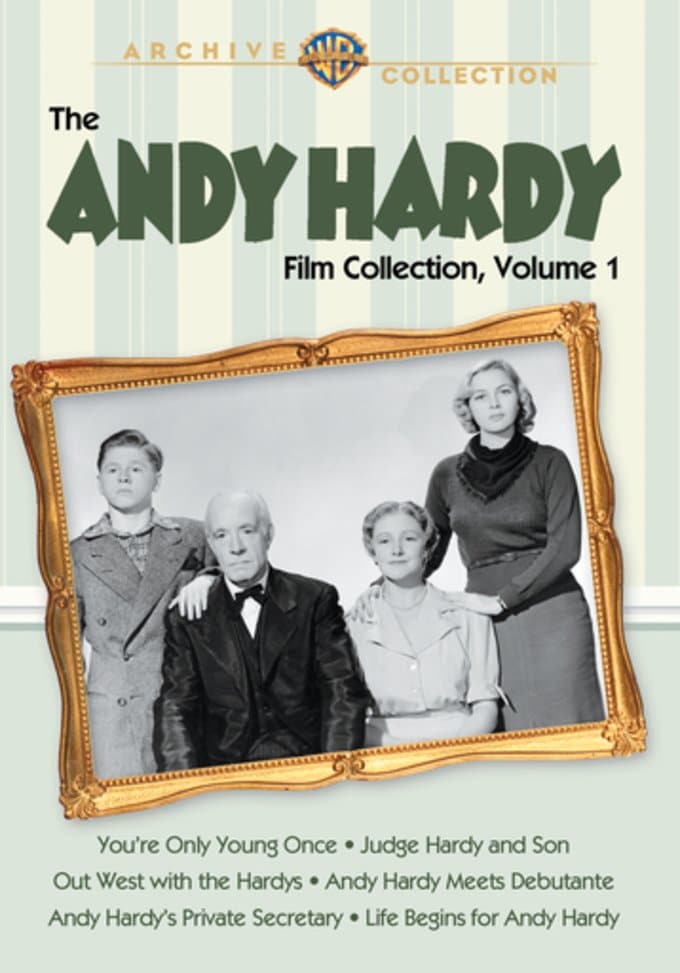 Initially adapted from the play SKIDDING by Aurania Rouverol, the 16 ANDY HARDY films (1937-58) were gentle comedies that chronicled the adventures of an average Middle American family, the Hardys. The clan included a patriarch Judge James K. Hardy; his wife, Emily Hardy, and their children, Marion and Andy. Though the surrounding cast varied a bit from film to film, Hollywood mainstay Mickey Rooney retained the lead role of Andy from his late teens well into adulthood, until he was nearly 40 years old and the Andy character had kids of his own. This box set contains six of the Hardy films: YOU'RE ONLY YOUNG ONCE (1937), OUT WEST WITH THE HARDYS (1938), JUDGE HARDY AND SON (1939), ANDY HARDY MEETS DEBUTANTE (1940), ANDY HARDY'S PRIVATE SECRETARY (1941) and LIFE BEGINS FOR ANDY HARDY (1941
This product is made-on-demand by the manufacturer using DVD-R recordable media. Almost all DVD players can play DVD-Rs (except for some older models made before 2000) - please consult your owner's manual for formats compatible with your player. These DVD-Rs may not play on all computers or DVD player/recorders. To address this, the manufacturer recommends viewing this product on a DVD player that does not have recording capability.