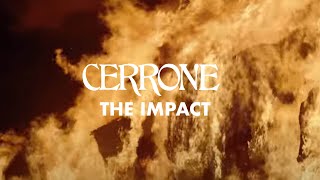 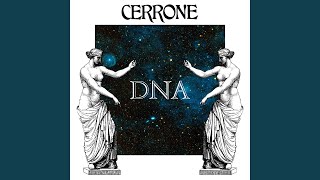 As of 2020, disco pioneer Marc Cerrone has been professionally making and performing music for nearly 50 years. His vast discography, spanning dozens of albums, has included Afro-beat-influenced funk, suspenseful soundtracks, adult contemporary pop, and French house. He will always be revered for his influential early solo albums, however, particularly the 1977 classic Supernature, which had an almost progressive rock-style sci-fi concept involving scientist-created mutants rebelling against humankind. While much of his later output is more populist, aiming at the radio or dance clubs, DNA is a more socially conscious, exploratory epic that recalls the space-disco subgenre more than any of Cerrone's past work. Unlike the guest-heavy 2016 effort Red Lips, this album was recorded entirely by Cerrone himself, and while it does feature his own vocoderized singing on some tracks, these are not pop songs in the slightest. Opening piece "The Impact" incorporates samples of the ethnologist Jane Goodall, reflecting on humanity's relationship with the planet. Instrumentals such as "Resolution" and "Air Dreaming" contain haunting melodies, propulsive drumming (played by Cerrone himself, rather than programmed on a grid), and starry synth arpeggios. The sensation of cruising through space is elevated by "I've Got a Rocket," which seems like a more interstellar variation on Cerrone's 1978 track "Rocket in the Pocket," with a sprinkling of Man-Machine-era Kraftwerk. The album slows down towards the end, suggesting that we've ventured far enough into the galaxy that we can cool the jets and float around for a while. "Close to the Sky" is a romantic soundtrack for a slow dance among the stars, and the dramatic finale "Prediction" sounds like the period leading up to facing one's own destiny. Showing all the bedroom synthwave geeks how it's done right, DNA is a remarkable effort, and easily the most exciting Cerrone album in ages. ~ Paul Simpson

Destroyer
Have We Met
$12.20 Super Savings
Add to Cart