Uncut: 4 stars out of 5 -- "[With] a sound that was as much Led Zeppelin as it was world music, and contained the brilliant 'Rise' single and some of the band's best songs..." 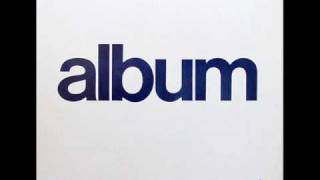 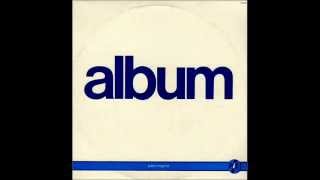 Uncut - p.99
4 stars out of 5 -- "[With] a sound that was as much Led Zeppelin as it was world music, and contained the brilliant 'Rise' single and some of the band's best songs..."

The LP version of this release was called ALBUM. The cassette version was called CASSETTE.
Public Image Ltd. includes: John Lydon (vocals); Nicky Skopelitis (guitar); Bill Laswell (bass); Tony Williams (drums).
Additional personnel: Tony Thompson (drums).
Public Image Ltd.'s eighth album takes no prisoners, opening with crunching chords and John Lydon's snarling in "FFF." Released in a generic blue-and-white sleeve -- each format titled accordingly -- this is arguably PiL's most consistently successful album. "Rise" is an amazing piece of work and a high point in the band's career. Lydon's lyrics about torture in South Africa afford him the opportunity to use all of his vocal tricks -- from his patented warble to angry shouting. He even sings (!) on the great chorus. The musical backing highlights big-beat drumming, ringing guitar, and an agile, fluid bassline. Production assistance from Bill Laswell does two important things for the band's sound. It gives weight to the rhythm section and also adds harshness to the guitars, making them more suited to Lydon's caustic vocals. "Ease" experiments with the drone of the didgeridoo. "Home" is a crashing rock song that, while proclaiming "Better days will never be," manages to suggest that righteous anger can be a force for change. This is a classic album by a band with a history of uniformly fine material. ~ TiVo Staff

Public Image Ltd.
That What Is Not
$37 CD Sale
Add to Cart