In Cornwall in 1819, a young woman discovers that she's living near a gang of criminals who arrange shipwrecks for profit. 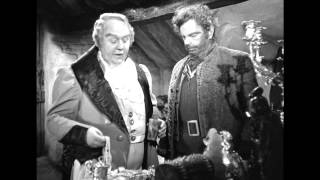 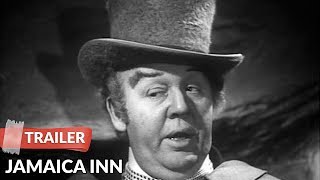 Set in 19th-century Cornwall, this tale of a young woman who visits her aunt, only to discover she's residing in a haven for throat-slashing pirates, is one of Hitchcock's lesser-known films. A period melodrama, the film features an excellent Maureen O'Hara in one of her earlier roles. JAMAICA INN is based on Daphne Du Maurier's famous novel of the same name.

A gripping adaptation of the Daphne Du Maurier novel, JAMAICA INN is the story of a teenage orphaned girl who goes to live with relatives on the Cornish Moors and finds herself involved in a violent smuggling scheme. The Cornish seacoast and the moors is the background for Charles Laughton, a villainous squire who leads a pack of smugglers falsely luring boats to the area. The boats crash on the rocks, killing the passengers and allowing the smugglers to loot the cargo. An undercover investigator arrives from Lloyds of London to gather information on the truth behind the multiple shipwrecks, and O'Hara finds herself having to take a stance and help him from being hung by the evil pirates.