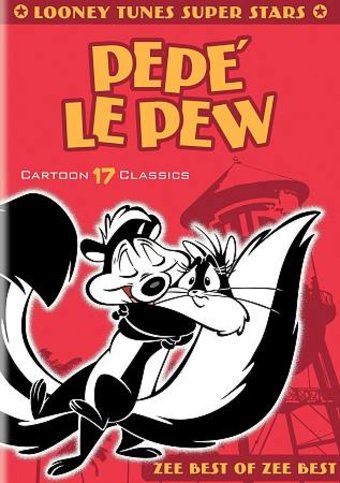 One of the most beloved LOONEY TUNES characters, Parisian skunk Pepe Le Pew, was known for his unsuccessful romantic pursuits - irreciprocal because he gave off such an obnoxious scent that no object of his affection could stand to be anywhere near him. This box set presents 17 Le Pew shorts including Odor-Able Kitty, Scent-imental Over You, Past Perfumance, A Scent of the Matterhorn and Louvre Come Back to Me!.