The Wonder Musical of the Future!

3.9K ratings
Out of Print: Future availability is unknown
Notify Me When Available
Add to Wishlist
Format:  Blu-ray
item number:  6C499
Different formats available:
The 5,000 Fingers of Dr. T (DVD-R) for $19.80
Our customers love us! 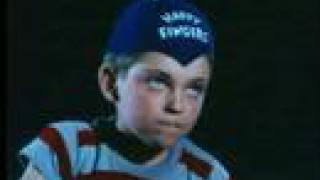 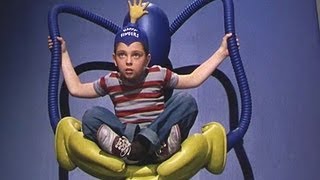 The imagination of a young boy comes to life when he is lulled to sleep by the monotony of his piano lessons. He dreams of a castle ruled by his piano teacher who lures reluctant boys and forces them to perform in concert. In his effort to escape, the boy comes in contact with some very strange characters. Created by Theodore Geisel (Dr. Seuss). Academy Award Nominations: Best Scoring of a Musical Picture.

Ten-year-old Bart Collins just wants to play baseball and be with his dog. Instead, he is forced to take piano lessons from Dr. Terwilliker. The rebellious youngster winds up dreaming about a nightmarish world in which his teacher holds 500 little boys prisoner.
In his creepy castle, "Dr. T" makes the kids learn to play the piano against their will. When Bart's widowed mother is hypnotized and then kidnapped by the madman, the boy springs into action. With the aid of a plumber named Zabladowski, Bart sets out to rescue his mom.
This entertaining fantasy is filled with imagination and delightful music.