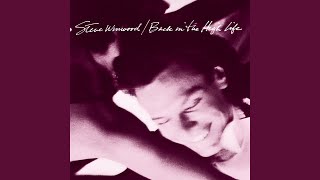 Wake Me Up On Judgment Day (Music Video) 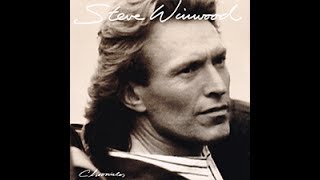 This contains all Steve Winwood solo material (no Traffic, Blind Faith, etc.)
Personnel: Steve Winwood (vocals, keyboards).
Audio Remixer: Tom Lord-Alge.
Steve Winwood's Chronicles presents an extremely brief overview of his material, beginning with Arc of a Diver and including tracks from 1982's Talking Back to the Night and 1986's Back in the High Life release. While songs such as "Higher Love," "While You See a Chance," and "Talking Back to the Night" are surely give-ins, the collection suffers from the absence of "Freedom Overspill," "The Finer Things," and "Back in the High Life Again," which were all Top 20 hits for Winwood throughout 1987. "Vacant Chair" and "Help Me Angel" are mediocre efforts, but the remixed version of "Valerie," which was originally recorded on Talking Back to the Night, is indeed one of this set's highlights. For anyone who isn't familiar with Winwood's sound or style from a solo point of view, these ten tracks will most definitely suffice, but to be regarded as a collection, Chronicles is still a little thin. Also, the parent albums from which these songs originate are excellent on their own, which makes Chronicles that much more dispensable. As a quick listen, this album stands up fairly well, but for those who prefer the "in depth," there's always the four-CD retrospective entitled The Finer Things, which focuses on Winwood's solo career in greater detail, but also includes some of his work from Traffic, the Spencer Davis Group, and Blind Faith. ~ Mike DeGagne